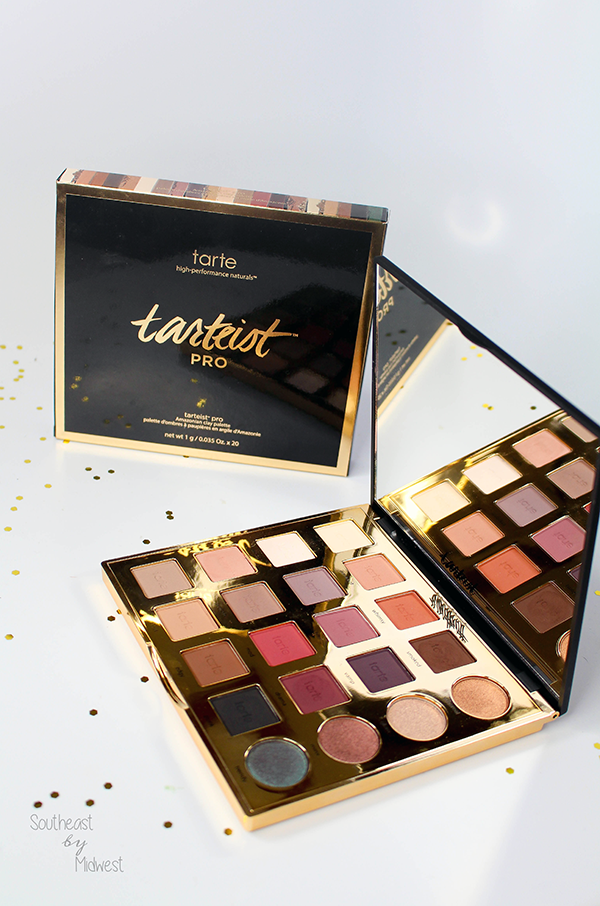 A month or so back Tarte Cosmetics decided to take a bunch of YouTubers on a trip to Bora Bora as a way of announcing a few new product launches. If you followed any of these YouTubers on SnapChat, Instagram, etc. then you got sneak peaks about what was going to launch the night before it launched. The first night that this happened they announced the release of the Tarte Tarteist Pro Palette which was an eyeshadow palette with a matte black lid, a large mirror, sixteen matte shadows, and four iridescent luster shadows. As soon as I saw the Tarte Tarteist Pro Palette I knew I had to have it and luckily the Hubs was in a loving mood…once the palette was put onto the Tarte website the next morning I grabbed it right up. I’ve now had quite a few weeks to play around with the Tarte Tarteist Pro Palette so the question now is, is it a must or a pass? 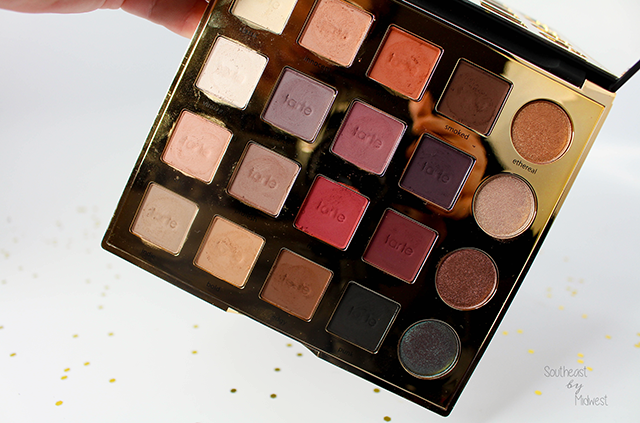 Before we discuss whether or not the Tarte Tarteist Pro Palette was a must or a pass let’s get into a bit more detail about it shall we? As you can see from the first two photos here, the Tarte Tarteist Pro Palette comes in a black box with gold trim and the palette itself is gold with a very large mirror. What you actually can’t see is that the cover, or face, of the palette is a matte black with “Tarteist Pro” on the cover. The palette is laid out in four rows of five shadows with the four square pans being matte shades and the one circle shade being the iridescent luster shade. Each pan has about 0.035 oz. of product and multiplying that by the 20 shades gives you a total of 0.7 oz. of product for $53.00. To compare that to another palette on the market for about the same price; the Urban Decay Naked Palette has 12 shades that have 0.05 oz. of product per pan for a total of 0.6 oz. for $54.00. Lastly, the Tarte Tarteist Pro Palette does have a vanilla scent due, it looks like, to an ingredient called vanilla planifolia fruit extract so if you’re someone that would be irritated by this you might want to steer clear. Let’s see some swatches shall we? 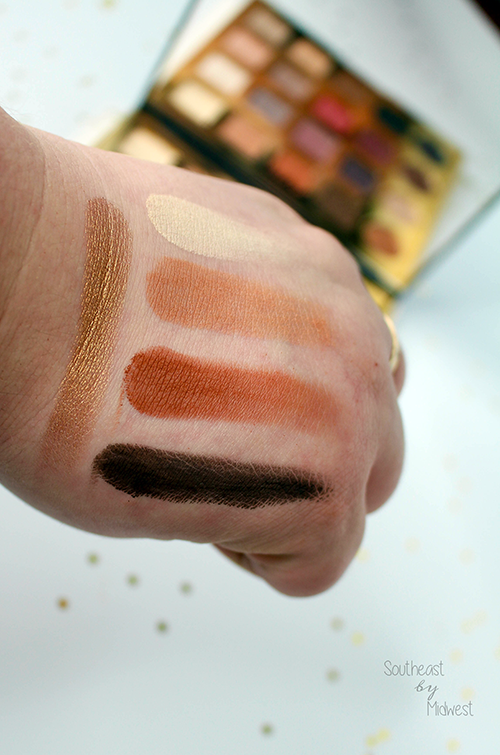 This is the top row of the Tarte Tarteist Pro Palette and starting at the swatch at the top we have: 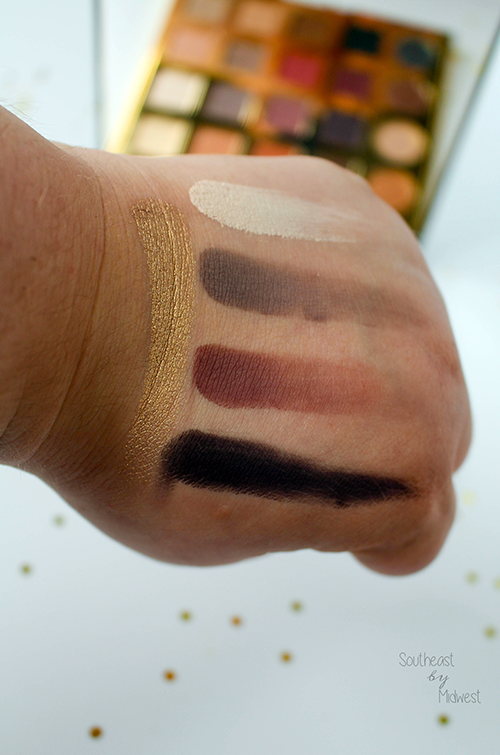 Moving onto the second row of the Tarte Tarteist Pro Palette and again starting at the swatch at the top we have: 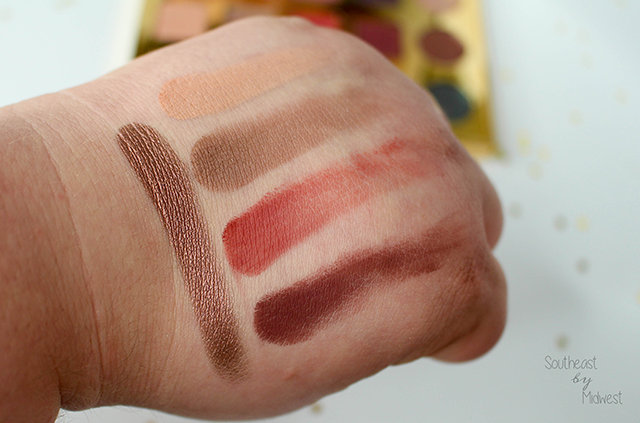 Switching to the third row of the Tarte Tarteist Pro Palette and again starting with the swatch at the top we have: 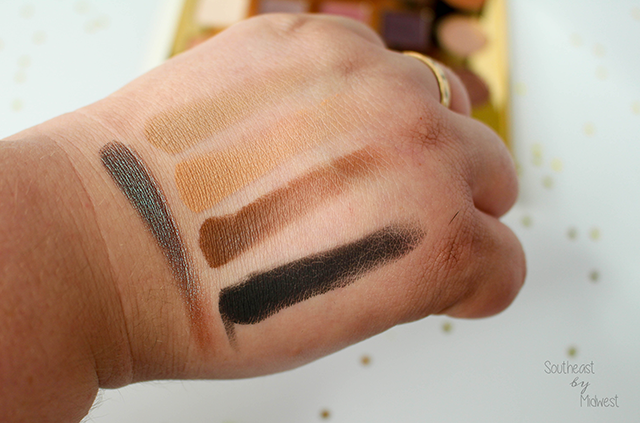 Last we have the fourth row of the Tarte Tarteist Pro Palette and keeping with how we’ve been doing the top swatch to the bottom is:

and going down the side is the iridescent shadow for that row and the last shadow in the palette:

Overall I’m really just kind of meh on this palette. It has it’s good points; hello huge mirror, matte black cover, and a matte black and white are always great in a palette. However, it also has it’s bad points; the gold part of the palette is a MAGNET for fingerprints which just doesn’t look professional if you’re a makeup artist, several of the shades are super patchy and one of the ones (Trendy, the teal with red shift) that I was hoping to be wowed by just fell short. Ultimately I don’t think the Tarte Tarteist Pro Palette is a pass, however, I also don’t think you should jump out of your chair and run to purchase it right this moment. In all honesty if you’re an Ulta Rewards Member I would wait until they were having a point bonus and you had points to spend as well because while you can’t use coupons on the Tarte Tarteist Pro Palette due to it being a prestige brand, you can cash in your Reward Points on it.

What was the last product you purchased that didn’t wow you? 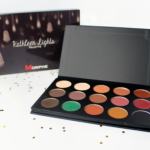 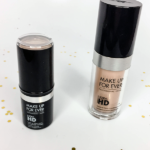 Beauty Review | Make Up For Ever Ultra HD Foundation 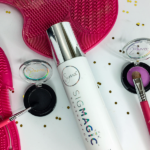 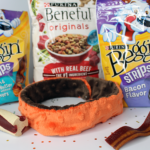 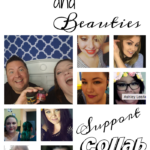 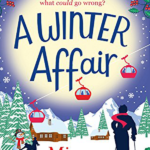 A Winter Affair by Minna Howard 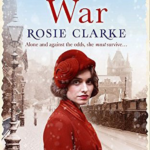 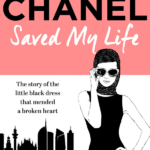