You are here: Home / Beauty / MAC Haul with Swatches 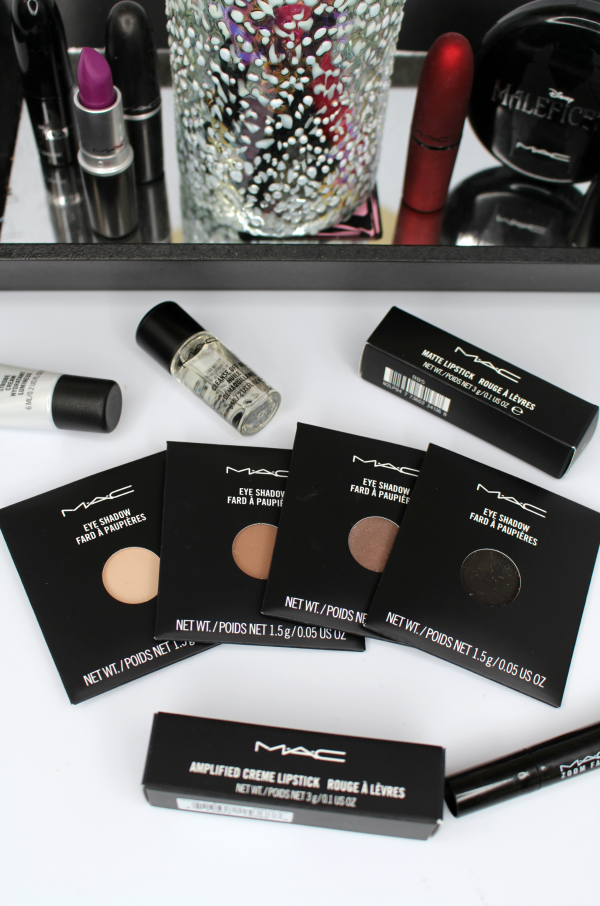 A couple of palettes have been launched in the last year or so that initially I was SUPER excited to get, however, after thinking about it a bit I always wind up talking myself out of it. Recently the Hubs noticed this and mentioned that maybe I needed to get back to building my MAC Pro Palette and let my creative juices flow. I decided to do exactly that…and of course threw in a few lipsticks as well. 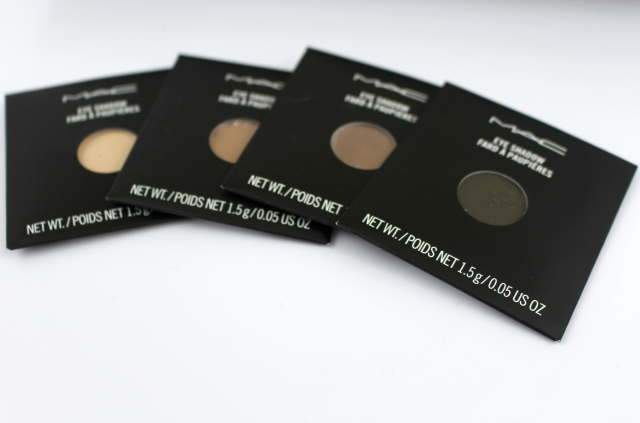 I had already purchased six other shadows for my MAC Pro Palette in the past, if you’d like to see a post on the current status of my MAC Pro Palette just let me know in the comments, so I decided to get shades to build around those. The four MAC eyeshadows that I chose to go with were Brule, Wedge, Satin Taupe, and Carbon. 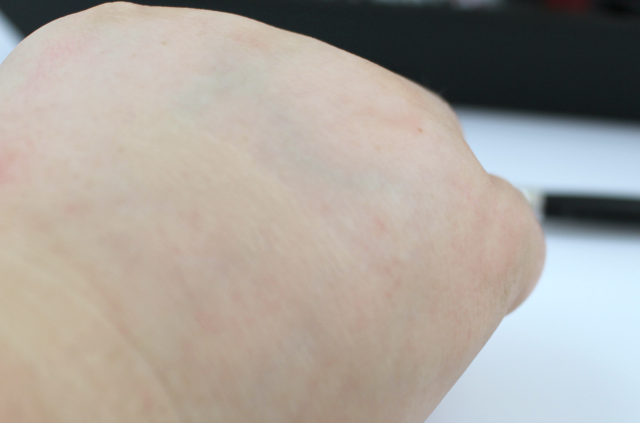 The first MAC eyeshadow that I chose was Brule. Brule is a satin eyeshadow that is a creamy beige shade. I chose to go with Brule because I think it will make a good base eyeshadow shade. 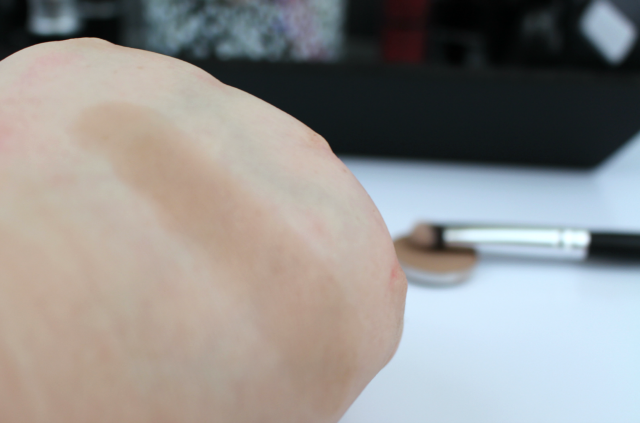 The next MAC eyeshadow that I chose was Wedge. Wedge is a matte brown eyeshadow that is a beige taupe shade. I chose Wedge because I think that it will make a good crease shade. 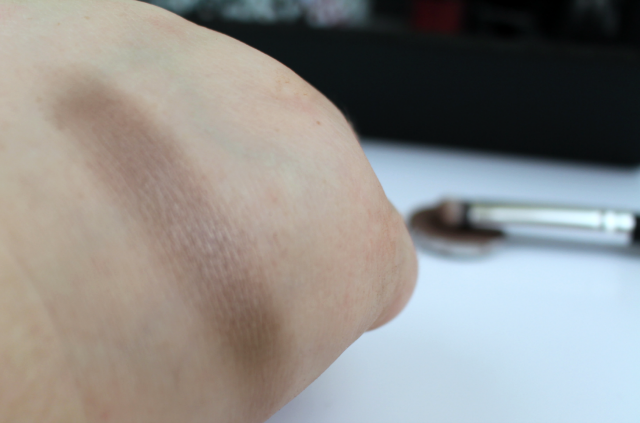 The next MAC eyeshadow that I chose was Satin Taupe. Contrary to it’s name, Satin Taupe is a frost eyeshadow that is taupe with silver shimmer. I chose Satin Taupe because I think it will be a gorgeous shade to just throw on the eye by itself when I’m in a hurry. 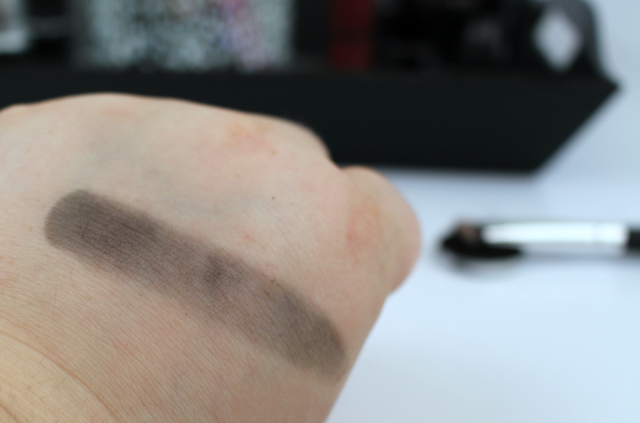 The next MAC eyeshadow that I chose was Carbon. Carbon is a matte eyeshadow that is just straight black. I chose Carbon because it will obviously be good to smoke out any look but also to set eyeliner with. 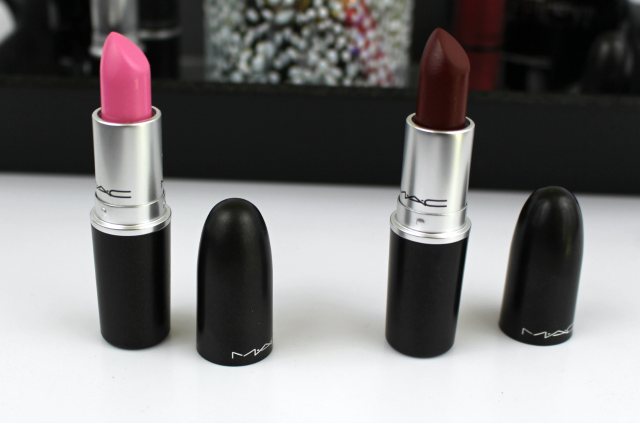 Along with the eyeshadows I also picked out two lipsticks. Picking lipsticks out online can be difficult for me as I prefer to see how the lipstick performs when swiping. Some lipsticks can be stiff or streaky making them difficult to work with and unless it’s just an absolute gorgeous shade, I would prefer to avoid that. So after going through LITERALLY every lipstick shade that MAC currently offers and Googling swatches of them I finally chose Saint Germain and Sin as my two MAC Lipsticks.

Saint Germain is the first MAC Lipstick that I chose. Saint Germain is an amplified lipstick that is pastel pink. I chose Saint Germain because from the swatches it looked to like a babydoll pink, although I will admit that how babydoll it was had me worried at first. However, once I got it I realized it’s actually a bit more “Your Lips but Better” on me so I’m super happy I picked it.

Sin is the other MAC Lipstick that I chose. Sin is a matte lipstick that is dark blue-based red. I chose Sin because honestly I don’t have any deep vampy reds that border on dark brick shades. All of my reds are bright and my dark shades are deep purples so I think this is a fresh addition. 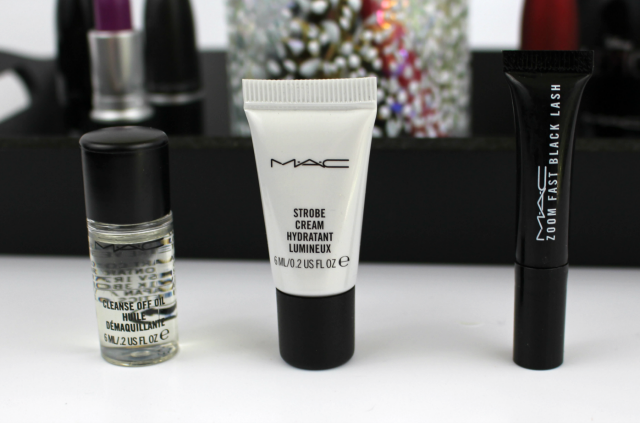 I actually placed separate orders because initially I wasn’t going to get the lipsticks and then I was going to be “mature” and only get one and blah blah blah. Anywho, it wound-up that I ordered all of these in a two day span and over three separate orders. Due to that I wound-up being able to chose three different samples. For the eyeshadow order I chose to get one of the MAC mascara samples since I haven’t tried any of their mascaras before. With one lipstick order I chose to get a sample of the MAC Strobe Cream and with the other order I chose to get a sample of the MAC Cleanse Off Oil. I wasn’t planning on doing reviews of these due to them being samples, however, if you’d like to know my thoughts on these let me know in the comments below.