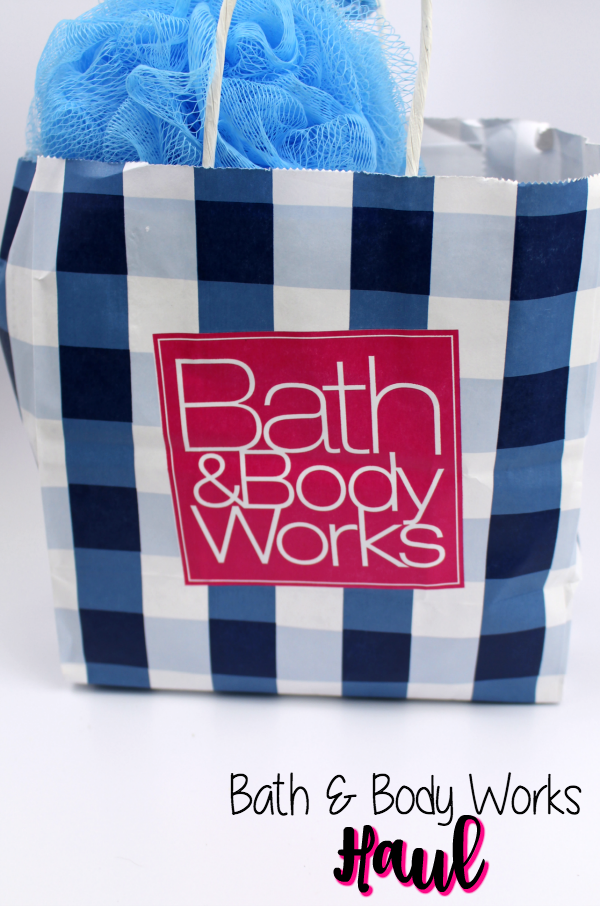 Recently the Hubs and I decided to have a little morning to ourselves. We went to the larger town near us to do some grocery shopping and decided to stop by Books-A-Million and Bath & Body Works while we were there. We didn’t pick-up anything to exciting at BAM, just a few pins, but we did pick up several things at B&BW so I decided to share them with you. This is what is in our Bath and Body Works Haul. 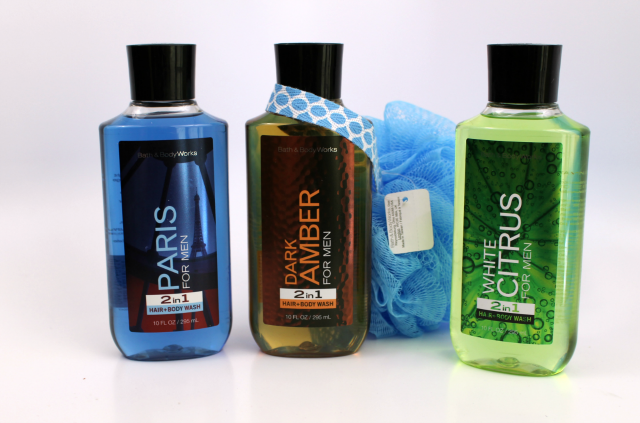 We had actually forgotten that the Semi-Annual Sale was still going on when we went in. Imagine our surprise when we walk in the door and they have the Bath and Body Works For Men 2-in-1 Body Care right at the entrance. He decided to pick up one of each of the three scents that they had available as these are one of his favorite body washes that he uses. He picked up Paris For Men which is described as being “A refined blend of cedarwood, orange zest, and a hint of musk”, Dark Amber For Men which is described as being “An unforgettably smooth blend of fresh bergamot and warm amber”, and he picked up White Citrus For Men which is described as being “A crisp blend of fresh mandarin, white waters, and sandalwood.” He was also going to pick up a new loofa when we went to the grocery store so he decided to pick one up at Bath and Body Works…it’s the most expensive thing in this photo, I kid you not!

On the way to the whole reason we went into Bath and Body Works we ran into a table that had discounted candles and Wallflower refills. I picked up the Honeysuckle Wallflower refill which is described as “The scent of early spring contained in a bouquet of sweet honeysuckle and pink peony,” I plan on using this to put in our bathroom Wallflower plug as it recently ran out. I’ve mentioned in other Bath and Body Works posts that my favorite candles by the company are hands down the mason jar candles. Not only are they super cute when you’re using them in the house but they also have a more powerful scent than the 3-wicks that we purchase seem to have. Now here’s an important tip that some may not know. Not all Bath and Body Works are the same, including comparison to the online store. What I mean by that is that when writing this post I went to look at the candles on the website and they only have the candle that I picked up at the store in a mini size! If you’re looking for a specific scent and the online site doesn’t have it try going into your local store (and vice versa, if the store doesn’t have it try online!). Anywho the candle that I picked up was the Praline Pecan Cobbler which is described as “…Warm caramel cobbler with the sweet crunch of pecan nuts and sparkling cinnamon sugar.” This candle smells so freaking amazing and when the Hubs smelled it his reaction was “That is so you” Ha! 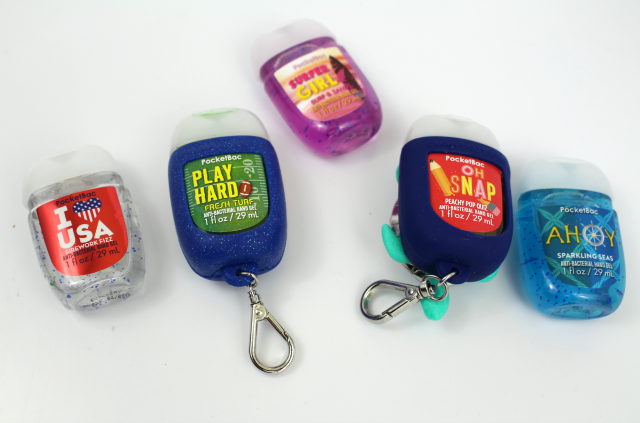 The who reason that we went into Bath and Body Works is because we both keep a stash of the PocketBac Sanitizers and we had both gotten down to only having obvious Christmas scents. We decided that since they were having a 5 for $6 sale that we’d stop in and purchase some. This is another case of the site not having what we purchased in the store, literally every single sanitizer we purchased in the store is currently not available online! If you find that you like any of these make sure to check out your local store. As for what we got, I’m going to try to wing it on what the scents are because the PocketBac backs have ZERO information on them. Here we go; I picked up Surfer Girl: Surf & Sands which has a clean beach scent to it (don’t think suntan and coconuts), I also picked up Oh Snap: Peachy Pop Quiz which smells like a muskier Peach Bellini, the Hubs picked up I Heart USA: Firework Fizz which has a sweet scent, Ahoy: Sparkling Seas which smells like water and the ocean and is amazing, he also picked up Play Hard: Fresh Turf which amazingly smells like clipped grass but in a super great way. 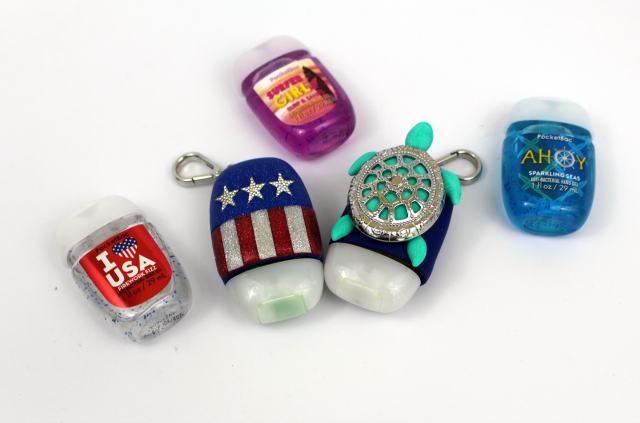