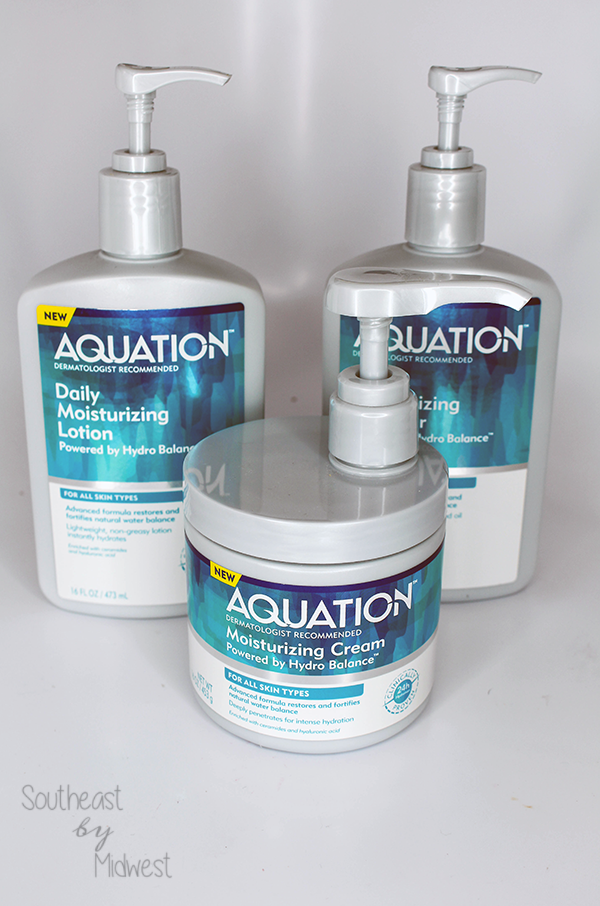 If you’ve been around Southeast by Midwest for any length of time then you know that I have severely dry skin. How severe? Well my skin is so dry that not only do I have eczema but at times you can touch it and feel how parched it is. I know it’s not a “drink more water” thing because I drink more water than I “need” to according to my weight. It’s just that at times my skin decides it’s going to pretend to be a desert and require ALL THE HYDRATION. When I had the opportunity to test out the Aquation Skin Care line that is coming to Walmart I had to jump at that chance. I mean some of these items are claiming to have 24 hour hydration, I had to put that to the test! 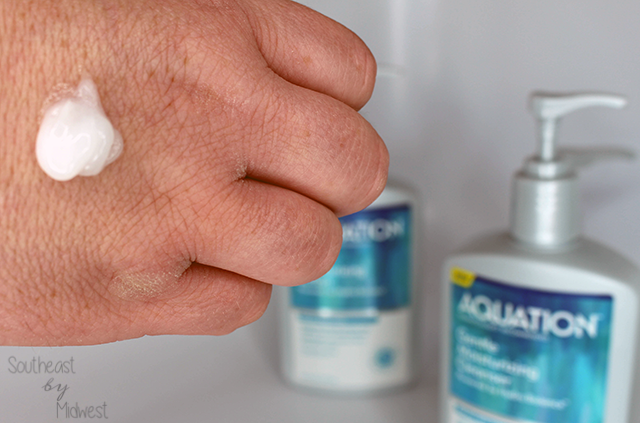 Let’s start at the beginning of the Aquation Skin Care line, the cleanser. The cleanser claims that it can remove dirt, oil, and makeup without stripping the skin and that it will hydrate and soften while it cleanses. Now let me preface my feelings about the cleanser with the statement that I never use a cleanser to remove my makeup. I am a multi-step makeup remover in the fact that I use a makeup wipe first, Bioderma second, and then I follow up with a cleanser for any other dirt and makeup that was left behind. I would never use or recommend the first step in makeup removing to be a cleanser, that’s just me though. That being said, the Aquation Gentle Moisturizing Cleanser did a great job of removing what was left of the makeup left behind. It also did a good job of hydrating my skin. I had been on a kick of switching between Philosophy and Paula’s Choice when I wasn’t reviewing a cleanser and now I think I’ll actually be dropping the Philosophy in favor of the Aquation! 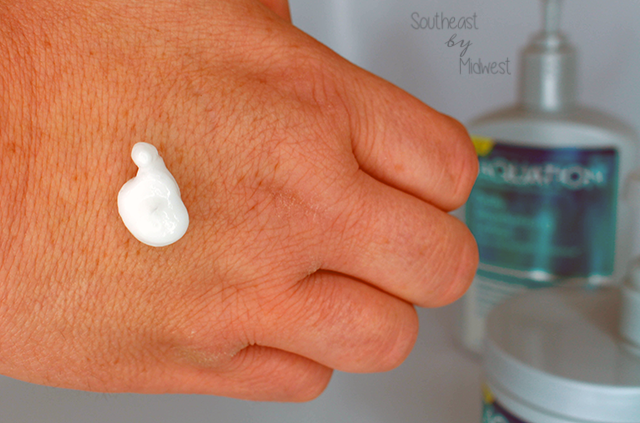 The last step in the Aquation Skin Care line is the Moisturizing Cream. The Aquation Moisturizing Cream is a heavier moisturizer, you can see the comparison below, than the Daily Moisturizing Lotion so it’s not something that I would use everyday unless I had constant dry skin. That being said I freaking love this stuff for those times that I’m feeling super parched or my I’m having an eczema flare-up on my face. No lie I had a flare-up pop up under my chin after I received this and because the back of the package says that it instantly relieves dryness and soothes dry skin itch I decided to pop some on the spot. It was gone in less than a week! I kid you not! If I repurchase nothing else from this line this would be the one thing that I would! 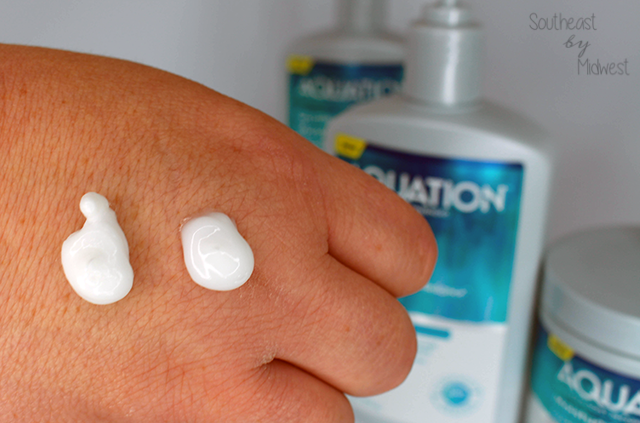 Speaking of the back of the package… am I the only one who just shakes their head when they see things like “WARNING: FOR EXTERNAL USE ONLY”? Is there a big problem with people going around trying to, I don’t know, drink the Aquation Skin Care line or something? It cracks me up! Anywho, back to my thoughts on the line. If you have drier skin then you really should pick up all of these to try. You can get all three for around $30 so it won’t break the bank if you wind up not liking them. If, on the other hand, you’re not as dry you should really try out at least the cleanser but all three are still great!