You are here: Home / Beautiful Mind / Heir to the Jedi by Kevin Hearne 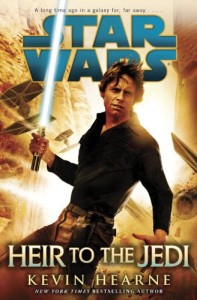 Heir to the Jedi by Kevin Hearne 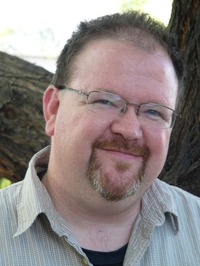 Kevin Hearne is the author of The Iron Druid Chronicles, the popular urban fantasy series published by Del Rey Books.

A thrilling new adventure set between A New Hope and The Empire Strikes Back, and—for the first time ever—written entirely from Luke Skywalker’s first-person point of view.

Luke Skywalker’s game-changing destruction of the Death Star has made him not only a hero of the Rebel Alliance but a valuable asset in the ongoing battle against the Empire. Though he’s a long way from mastering the power of the Force, there’s no denying his phenomenal skills as a pilot—and in the eyes of Rebel leaders Princess Leia Organa and Admiral Ackbar, there’s no one better qualified to carry out a daring rescue mission crucial to the Alliance cause.

A brilliant alien cryptographer renowned for her ability to breach even the most advanced communications systems is being detained by Imperial agents determined to exploit her exceptional talents for the Empire’s purposes. But the prospective spy’s sympathies lie with the Rebels, and she’s willing to join their effort in exchange for being reunited with her family. It’s an opportunity to gain a critical edge against the Empire that’s too precious to pass up. It’s also a job that demands the element of surprise. So Luke and the ever-resourceful droid R2-D2 swap their trusty X-wing fighter for a sleek space yacht piloted by brash recruit Nakari Kelen, daughter of a biotech mogul, who’s got a score of her own to settle with the Empire.

Challenged by ruthless Imperial bodyguards, death-dealing enemy battleships, merciless bounty hunters, and monstrous brain-eating parasites, Luke plunges head-on into a high-stakes espionage operation that will push his abilities as a Rebel fighter and would-be Jedi to the limit. If ever he needed the wisdom of Obi-Wan Kenobi to shepherd him through danger, it’s now. But Luke will have to rely on himself, his friends, and his own burgeoning relationship with the Force to survive.

During the height of the “old” Star Wars extended universe (now published under the “Legends” banner), authors began portraying Luke Skywalker as almost all powerful and essentially flawless, causing a once dynamic and interesting character to become rather predictable and boring. Perhaps this is what makes Kevin Hearne’s take on the character so refreshing. In Heir to the Jedi, we once again catch a glimpse of the arrogant-yet-unsure Luke Skywalker we knew from A New Hope just before he goes on to be trained by Yoda in The Empire Strikes Back. Hearne has taken a character that had become almost godlike and made him human once again.

Hearne’s portrayal of Luke is so powerful because of the book’s change in perspective. When I first read the marketing blurb that Heir to the Jedi would be “written entirely from Luke Skywalker’s first-person point of view,” I dismissed it as a silly gimmick meant to sell a few more books. In fact, it was likely conceived as such. Fortunately, it is a gimmick that completely works. Rather than having a bodiless narrator telling readers what the Jedi-to-be is thinking and feeling, Luke tells us himself in his own words. This is what returns that sense of humanity the character had lost before Disney rebooted the canon last year. Through Skywalker’s comments about the stench of Rodia or his frustration at not having as intense of a connection to the Force as he expected to have, we are reminded that our hero isn’t perfect after all; he’s just like us (if we lived among the stars and had a lightsaber that is).

As fun as it is to have Luke telling us about his latest adventure directly, where Heir to the Jedi really sets itself apart in its structure. Reading this novel almost feels like watching an amazing story arc across multiple episodes of the The Clone Wars animated series. Every chapter or so feels like it’s own episode, each filled with great action, dialogue, strange aliens, and new dangers to overcome. You can almost hear the opening narration of what happened on the previous episode each time you begin a new chapter. Heir to the Jedi, while telling one overarching narrative, has the serialized style George Lucas always wanted his beloved franchise to have.

Heir to the Jedi has very few issues, but I would be remiss if I didn’t bring up the biggest proverbial “fly in the ointment”: Nakari Kelen. Ms. Kelen serves as both a partner and catalyst for Luke’s continued forays into the mysteries of the Force. Unfortunately, Hearne also wrote Kelen as a potential love interest for young Skywalker. Because Heir to the Jedi is set between A New Hope and The Empire Strikes Back, we know that no characters introduced in the novel can have any real lasting impact on the films, dooming the relationship before it even starts. As soon as Kelen appears, we immediately realize that she will either…

This knowledge makes it difficult to form any real emotional connection with the character, although the conclusion of her story (and how it affects Luke) is brilliantly handled.

One final issue comes from a rather awkward scene between Luke and Leia early in the novel. Most of the people that will read Heir to the Jedi will have already seen most of the Star Wars films multiple times over and already know that the pair are siblings (if you didn’t know this, I apologize for the spoiler). Because of this, the (very) brief bit of romantic tension between the two, despite the fact that readers are expected to realize it did exist during this time, felt forced. It is as though Hearne wanted to include the scene for the sole purpose of it being awkward and is thus unneeded, although it does not hurt the book as a whole.

Heir to the Jedi is my favorite entry in the new Star Wars canon thus far. Hearne has given readers a “rip-roaring” adventure full of all the great things that made the franchise what it is today. After some tiring entries in the “Legends” line, I didn’t realize how ready I was to go on another trip across the galaxy with Luke Skywalker. Now, I can’t wait for the next time we get to jump into that X-Wing and take it to the Empire.