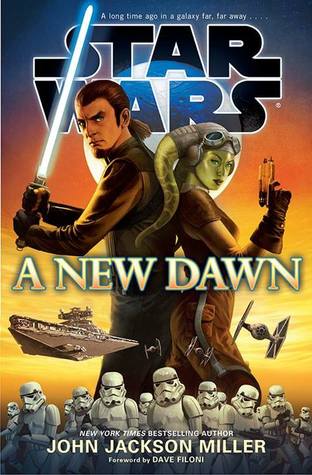 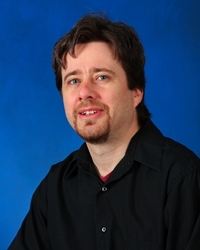 John Jackson Miller has spent a lifetime immersed in the worlds of fantasy and science fiction. He’s known for his Star Wars work, including Star Wars: Knight Errant, his national bestselling novel from Del Rey; Star Wars: Lost Tribe of the Sith, his e-book series with more than a million downloads; his long-running Knights of the Old Republic comics series; and Star Wars: Kenobi, another bestselling novel from Del Rey. Miller has also written comic books for many other high profile franchises, including Mass Effect, Iron Man, The Simpsons, and Indiana Jones.

Production notes on all of Miller’s works can be found at his fiction site, Farawaypress.com. He is also a comics industry historian, specializing in studying comic-book circulation as presented on the website Comichron.

“The war is over. The Separatists have been defeated, and the Jedi rebellion has been foiled. We stand on the threshold of a new beginning.”—Emperor Palpatine

For a thousand generations, the Jedi Knights brought peace and order to the Galactic Republic, aided by their connection to the mystical energy field known as the Force. But they were betrayed—and the entire galaxy has paid the price. It is the Age of the Empire.

Now Emperor Palpatine, once Chancellor of the Republic and secretly a Sith follower of the dark side of the Force, has brought his own peace and order to the galaxy. Peace through brutal repression, and order through increasing control of his subjects’ lives.

But even as the Emperor tightens his iron grip, others have begun to question his means and motives. And still others, whose lives were destroyed by Palpatine’s machinations, lay scattered about the galaxy like unexploded bombs, waiting to go off. . . .

The first Star Wars novel created in collaboration with the Lucasfilm Story Group, Star Wars: A New Dawn is set during the legendary “Dark Times” between Episodes III and IV and tells the story of how two of the lead characters from the animated series Star Wars Rebels first came to cross paths. Featuring a foreword by Dave Filoni.

For most fans of Star Wars, the franchise’s universe has begun and ended with the six (soon to be seven) legendary films that we’ve watched dozens of times. Others fondly recall The Clone Wars animated series and how it expanded on the three year span between Attack of the Clones and Revenge of the Sith. However, for thousands of fans, the Star Wars universe has transcended film and television, delving into the realms of video games, comic books, and the written word. Called the Expanded Universe, these works filled in what happened before, during, and after the films set in a galaxy far, far away. Hardcore fans became enthralled with names such as Revan, Mara Jade, Grand Admiral Thrawn, and a myriad of interesting characters.

However, when Disney acquired the rights to Star Wars, the decision was made to relegate all of these works as “non-canon.” In other words, while these books, comics, and games all still exist as a sort of alternate universe (officially called the “Legends” line), they would not be considered part of the main story line set forth by the films and Clone Wars animated series. With this sweeping change, Disney announced its intentions to pave a new vision… a new canon, if you will, for the Star Wars universe, starting with the new Star Wars Rebels animated series and every Star Wars novel published following the announcement. Jonathan Jackson Miller was given the unenviable task of taking the first steps in this new vision for the Star Wars franchise with his prequel to the Rebels television show, A New Dawn. Luckily for Mr. Miller, he succeeds… mostly.

Anyone afraid that Disney would drastically alter the Star Wars universe should put themselves at ease: A New Dawn is definitely a Star Wars novel. There are lovable rogues, daring heroics, and dastardly villains aplenty. Miller does a fantastic job explaining the thought process and motives of Kanan Jarrus, the Jedi knight that never was, and why he is less wise master and more prickly scoundrel as we see in the animated series. Likewise, we are given a great introduction to the young Twi’lek hero, Hera, giving us a clearer picture of how the Rebel Alliance began (Hint: it was a grassroots effort).

However, A New Dawn’s greatest triumph is finally showing fans how truly evil the Empire was. Sure, we watched as Grand Moff Tarkin blew up an entire planet in A New Hope just to make a point, but we’ve never witnessed the day-to-day oppression that galactic citizens faced during what Obi-Wan described as “the dark times.” Here, we see everyday denizens stripped of their privacy, ships blown up in the name of efficiency, and a plot to destroy both a moon and a planet for the sake of profit and political maneuvering. We learn, perhaps for the first time, why the Rebels were able to gain a foothold in the first place.

Sadly, while Miller gives us insight into the characters of Kanan and Hera and even manages to further flesh out the Empire, the pacing of A New Dawn is a little off. The first half of the book moves at a snail’s pace, going into way too much detail about Kanan’s everyday life and the mining operations on Cynda and Gorse. Then, almost without warning, A New Dawn shifts to a breakneck (but much more enjoyable) speed halfway through the narrative. Readers will likely find themselves wishing for both a faster moving first half and a less abrupt uptick in the action.

One final (though minor) problem I had with A New Dawn was the villain, Count Vidian. At times, it seemed as though he was a tad too much like Darth Vader; overly cruel and emotionless in pursuit of his goals. Vidian develops a larger personality as the book progresses, but it still feels as though Miller (at least early on) wanted his readers to imagine someone akin to the legendary Sith lord in order to appeal to more casual readers.

Star Wars: A New Dawn, despite some pacing issues and a slightly cookie cutter villain, does an admirable job of launching the new Star Wars canon. It sets the stage for Disney’s new animated series and gives us a nice long, horrifying look at the everyday Empire. If you have been hesitant to check out a Star Wars novel in the past, A New Dawn is the perfect place to, as Obi-Wan may have said, take a step into a larger world.