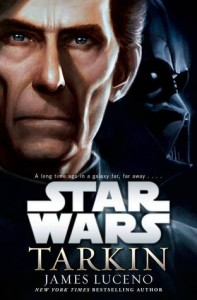 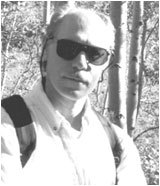 James Luceno is The New York Times bestselling author of the Star Wars: The New Jedi Order novels Agents of Chaos: Hero’s Trial, Agents of Chaos: Jedi Eclipse, and The Unifying Force, as well as Star Wars: Cloak of Deception, and the eBook Darth Maul: Saboteur. He also co-authored the popular ROBOTECH series with his close friend the late Brian Daley. Luceno wrote the film adaptations for The Shadow and The Mask of Zorro. He lives in Annapolis, Maryland, with his wife and youngest child.

He’s the scion of an honorable and revered family. A dedicated soldier and distinguished legislator. Loyal proponent of the Republic and trusted ally of the Jedi Order. Groomed by the ruthless politician and Sith Lord who would be Emperor, Governor Wilhuff Tarkin rises through the Imperial ranks, enforcing his authority ever more mercilessly . . . and zealously pursuing his destiny as the architect of absolute dominion.

Rule through the fear of force rather than force itself, he advises his Emperor. Under Tarkin’s guidance, an ultimate weapon of unparalleled destruction moves ever closer to becoming a terrifying reality. When the so-called Death Star is completed, Tarkin is confident that the galaxy’s lingering pockets of Separatist rebellion will be brought to heel—by intimidation . . . or annihilation.

Until then, however, insurgency remains a genuine threat. Escalating guerrilla attacks by resistance forces and new found evidence of a growing Separatist conspiracy are an immediate danger the Empire must meet with swift and brutal action. And to bring down a band of elusive freedom fighters, the Emperor turns to his most formidable agents: Darth Vader, the fearsome new Sith enforcer as remorseless as he is mysterious; and Tarkin—whose tactical cunning and cold-blooded efficiency will pave the way for the Empire’s supremacy . . . and its enemies’ extinction.

While certainly not as recognizable as other Star Wars villains such as Emperor Palpatine or Darth Vader, Grand Moff Tarkin earned his place of (dis)honor in the hearts of fans everywhere as the Imperial military leader most responsible for the destruction of the planet Alderaan. Now, James Luceno’s first contribution to the new Star Wars canon, Tarkin, takes readers on a journey through the life of the man too arrogant to evacuate the Death Star in his “moment of triumph,” from his privileged-yet-brutal childhood through his first mission with Lord Vader. Little by little, we learn what made a young man from an industrial Outer Rim world into the military genius that was willing to slaughter millions to prove a point. By the end of this part memoir/part detective story, Luceno expertly turns a one-dimensional “bad guy” into a surprisingly relatable (and possibly a tad sympathetic) fleshed out character.

Tarkin is certainly not the easiest Star Wars novel to read. Being given access to the innermost thoughts of a man that we are supposed to despise is a stark contrast to following the swashbuckling adventures of Luke Skywalker, Han Solo, or one of many other heroic characters we’ve grown to love over the years. Sadly, when the novel begins switching back and forth between the dynamic duo of Tarkin and Vader and a group of would be rebels, it is rather difficult to decide which is more despicable. Honestly, I found myself more than once rooting for Tarkin and Vader if only because they had such incredible chemistry together. I still don’t know how that makes me feel actually. Whether readers can enjoy Tarkin will greatly depend on whether they can separate their personal feelings for the characters from the story being told.

There is one more large hurdle potential readers must overcome and that is the natural expectations that come from reading a Star Wars novel. In our review of Star Wars: A New Dawn, we noted that it suffered from pacing issues but featured a lot of typical Star Wars action throughout. Much of Tarkin is spent giving the history of the eponymous character. The first two fifths of the book are spent catching us up on the subject’s childhood, training, and his first encounters with Palpatine. Yet another tenth of the book focuses on the political posturing that occurs on Coruscant between the Emperor and the heads of various Imperial offices. It isn’t until we eclipse the halfway point that we actually come to the proverbial meat of the “current day” story. Even then, there is much less lightsabers, blasters, and Force powers as there is deduction and dialogue. Even the hardiest of Star Wars fans could be forgiven if this sounds like a less than appetizing way to spend their time.

However, just because a book isn’t an easy read doesn’t mean it isn’t worth reading. James Luceno has done an incredible job filling out the story of a character that has captivated audiences since Peter Cushing stole every scene he was in during Star Wars, Episode IV: A New Hope. No longer is Grand Moff Tarkin just a stereotypical mustache twirling villain that held an entire planet hostage. Through Luceno’s eyes we see how this despicable man is a sad product of poor nurturing and manipulation. While we will probably never like Tarkin (nor should we), at least we can now see the twisted logic behind his madness.

While gaining a better understanding of the Empire’s most powerful non-Sith citizen is certainly the biggest reason to flip through Tarkin‘s pages, that tenth or so of the novel that gives us an inside look into the political process of Palpatine’s New Order is another big draw. As A New Dawn showed us Imperial authority being inflicted on the populace at large, Luceno’s novel gives us a peek at what is going on behind the scenes in the palaces of Coruscant. While some may not care for this and would rather think of the Empire as an almost faceless foe that Luke most vanquish, I found this brief glimpse into the cabinet and agencies of the first Galactic Empire quite interesting.

Tarkin was the most pleasant of surprises. I have always wanted to learn more about the man “holding Vader’s leash” in A New Hope (that’s also explained in the book, by the way) and the day-to-day operations of the Imperial government, but had previously felt that reading a novel about such topics would be rather mundane. Fortunately, James Luceno is anything but a mundane science fiction writer and has presented readers a novel that manages to throw tons of information at us without ever being overwhelming or, more importantly, boring. While Tarkin will not appeal to those looking for a more heroic tale, longtime fans owe it to themselves to give the “bad guys” a chance for once. Even non-fans may want to pick this up if only to see that there is more to the galaxy’s premier space opera than just aliens, laser swords, and back-flipping men in robes with superpowers.

*Linking up with I Heart Nap Time