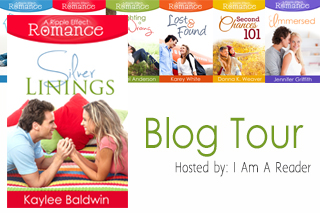 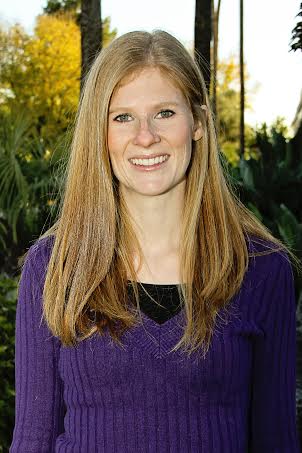 When Kaylee Baldwin isn’t writing, she’s usually chasing after her four children, checking her email, trying to get motivated to train for that race she shouldn’t have signed up for, hanging out with her pretty awesome husband and reading whatever good book she can find. She graduated from Arizona State with a degree in English Lit. Her published books are Meg’s Melody, Six Days of Christmas (part of the All I Want Collection) and Silver Linings. 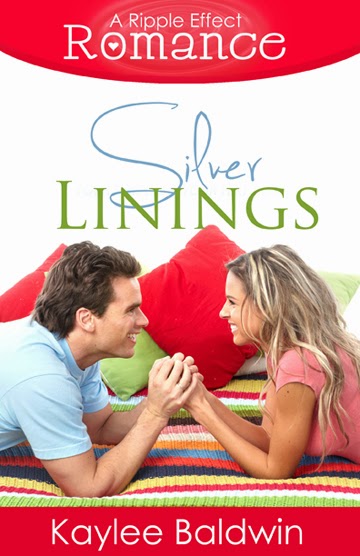 “Drew Westfall wants nothing more than to forget what he had to do in the name of “smart” business. Cutting off all ties with his parents — including handing over the entire contents of his trust fund to a charity — he takes off for Bridger, Colorado where his best friend has an extra room for him. It doesn’t take long for him to realize that his business degree won’t do him much good in a town as small as Bridger, but he’s broke and has nowhere else to go.

Eden Torresi has every reason to wallow. Not only did she have to sell her house to pay for her mother’s medical expenses, but she had to drop out of school and is in a relationship with a guy unwilling to commit. But Eden isn’t the wallowing type. Instead, she spend most of her time taking care of the seniors at Silver Linings Assisted Living. When she learns that her boyfriend’s new roommate is down on his luck, she reaches out to offer what help she can. But the more time they spend together, the more complicated things get, especially when the seniors of Silver Linings decide to play matchmaker.”

Silver Linings is the second book in the Ripple Effect Romance Series. Come back in exactly two weeks for a review of Righting a Wrong and then every two weeks after that I will review the other books in the series. I will link the list below with all the reviews as I release them if you’d like to bookmark this page for future reference!

The principle behind the Ripple Effect series is that the actions of what happen in the first book will continue on down to the sixth book. With this thought in mind I realized that I recognized the name Drew from the Home Matters novel but I couldn’t exactly remember how. Then as the story unfolds I realized, Drew is the guy that donated all of his money to Pete’s charity in Home Matters. However, this has put Drew in a bit of a predicament…he’s now poor. So what’s a “poor” guy to do? Well move in with his best friend of course. Drew’s best friend is Jace, a kind of playboy type whose afraid of commitment, and Jace’s girlfriend is Eden, a down home girl looking to settle down. Of course Eden doesn’t realize this about herself, she thinks that everything is fine in her relationship with Jace…that is until she starts to have feelings for Drew.

This of course brings about all those pesky questions of “If Drew and Eden do windup together does that mean his and Jace’s friendship is caput?” or “Does Eden decide to make it work with Jace and Drew helps her to realize that?”

All of those questions will be answered…when you read this great little novella! Don’t forget that what happens in this book will have an effect in some way on the next one.