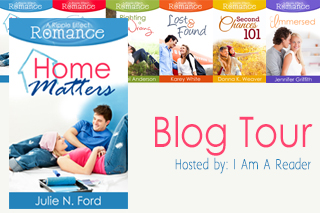 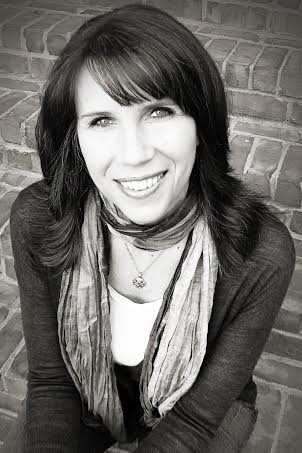 Julie is a forty-something, dangerously close to becoming a fifty-something, graduate from San Diego State University with a BA in Political Science. In addition, she has a Masters in Social Work form the University of Alabama, which has only made her better able to recognize the unhealthy, codependent relationship she has with writing. Professionally, she has worked in teaching and as a marriage and family counselor. She is the author of four women’s fiction novels, including Count Down to Love, a 2011 Whitney Award finalist. When She’s not writing she entertains delusions of being a master gardener, that is, when she’s not killing the unsuspecting plants in her yard with her good intentions. She lives outside of Nashville, Tennessee, with her husband, two daughters, a Betta named Bob, and a Scottish fold kitten, Ardweal. 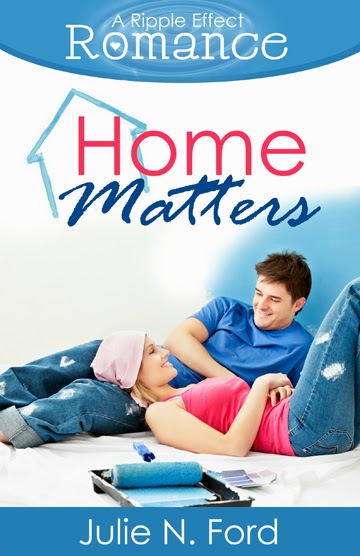 “According to her mother, Olivia Pembroke was born to be a star. But how is she supposed to be famous when she can’t even get a decent acting gig? Her lucky break comes when she lands an audition for a wildly popular home improvement show. Even though she has no design training and has never held a power tool, she refuses to let that stop her. She’s confident that her destiny is finally within reach.

When her affection are torn between her heartthrob co-host and the irritating, yet somehow endearing lead contractor, does she continue to reach for the stars? Or does she deign a new happily ever after? One that leads not to the fading lights of fame and fortune, but to a love that will burn forever.

“Like a pebble tossed into calm water, a simple act can ripple outward and have a far-reaching effect on those we meet, perhaps setting a life on a different coursse — one filled with excitement, adventure, and sometimes even love.”

Home Matters is the first book in the Ripple Effect Romance Series. Come back in exactly two weeks for a review of Silver Linings and then every two weeks after that I will review the other books in the series. I will link the list below with all the reviews as I release them if you’d like to bookmark this page for future reference!

Home Matters is a novella, a shorter novel, and is the first book to kick-off the Ripple Effect Romance Series. Home Matters follows Olivia who is a budding actress who just got her big break, a starring role on the hit reality show Home Matters. However, once she starts filming she quickly realizes that things are not as they are portrayed on TV. Olivia is expected to just sit back and be the face to Eleanor’s, the head designer, designs…even if the designs go against what Olivia knows are the home owners wishes.

In her personal life, Olivia falls for her co-star William and the two start a whirlwind affair. However, Olivia feels a pull, that she quickly dismisses, towards Pete, the carpenter for the show. Olivia tries to ignore the pull that she feels towards Pete, and forces herself to invest in the relationship with William. Olivia has a hard time deciding if the pull of her heart for design and Pete are worth what she would give up by going with her head which says acting and William.

All-in-all this was a great kick-off to the series, and the main character from the next book makes a small cameo in this story. The characters of Olivia, William, and Pete were all really well developed and while I knew what kind of person William was going to turn out to be I wasn’t expecting what actually happens with him. My only complaint with the book was that I felt the ending was a bit rushed, I would have actually have preferred for this to be a full novel instead of a novella. This has me waiting in anticipation for the next novel in the series.