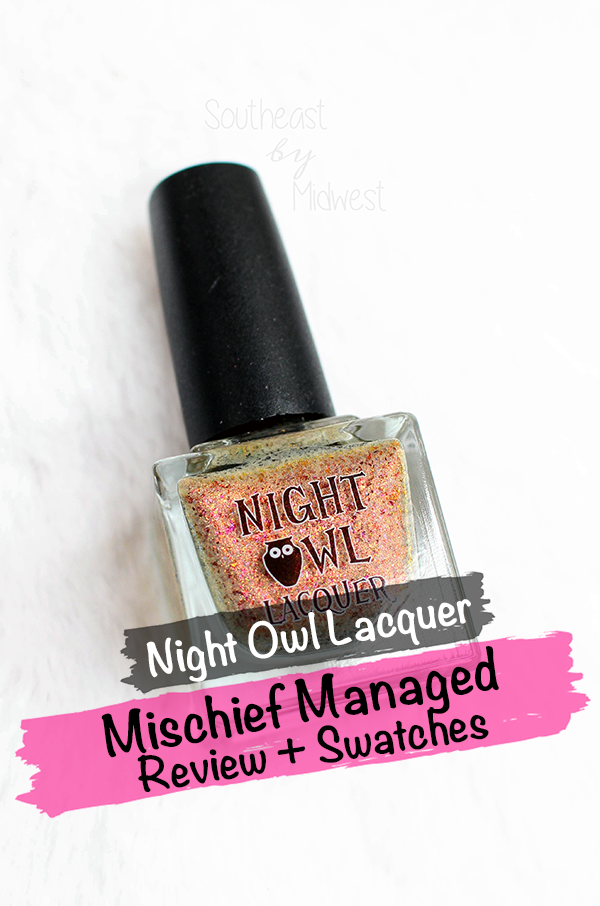 When I got my first paycheck from my new job the first thing I did was place a Night Owl Lacquer order. I had tried a NOL polish in the Fandom Flakies Box and I had loved the wax melts that I purchased previously. When I saw the Night Owl Lacquer Mischief Managed Nail Polish I knew I had to place an order. So beware, polish reviews are coming! 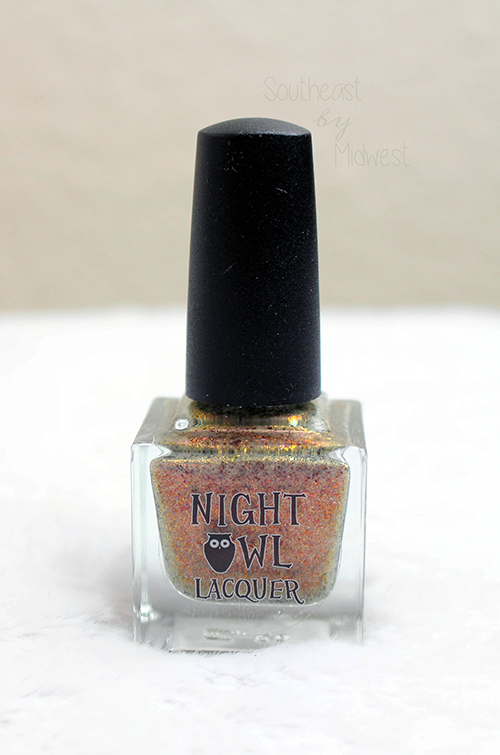 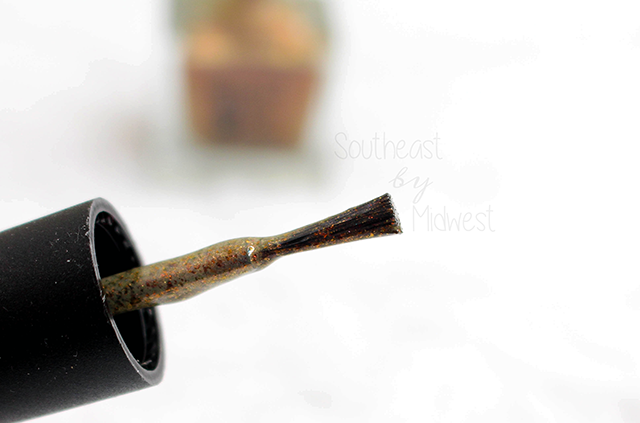 Night Owl Lacquer claims that their polishes are cruelty free, five-free, and that Mischief Managed specifically is opaque in two coats. The packaging for Night Owl Lacquers polishes is a square bottle instead of a typical round and the brush is a bit wider in design than that of a regular nail polish. For ingredients please visit the Night Owl Lacquer site. 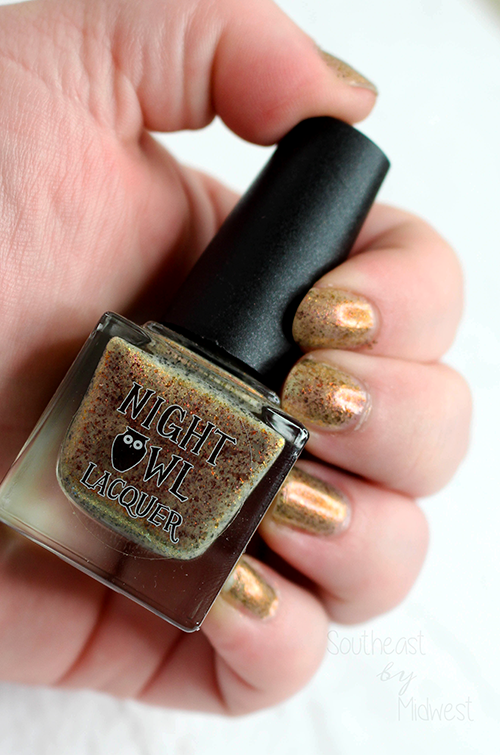 Per usual, let’s talk about the packaging first shall we? Night Owl Lacquer’s polishes come in a square bottle with a round handle. I absolutely love this. I love that the bottle is unique, it makes me want to leave the polishes out on display more than say an OPI bottle does. I also love that the handle is round and easier to hold. I love me some butterLondon and love their bottle design but the rectangle cap is difficult to use and the super small round cap inside of it is even more difficult to use. Note that above is Mischief Managed with a regular top coat and below is Mischief Managed with a matte top coat. 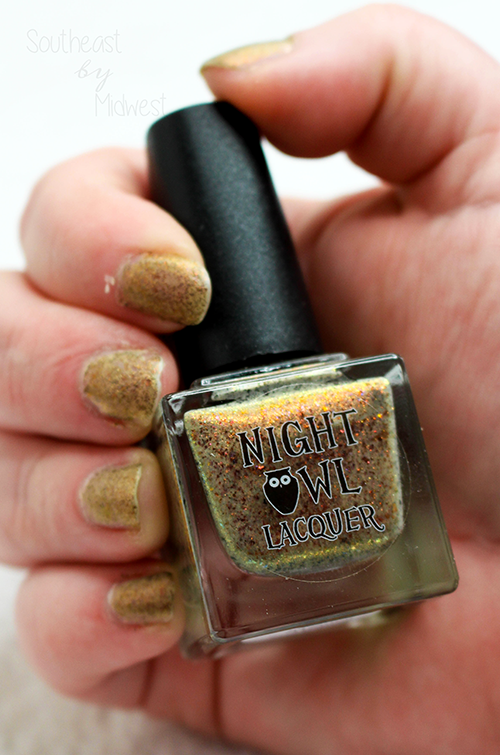 As for the Mischief Managed Nail Polish itself. I put this on one day during the week just to have something on my nails. Fast forward over a week later and I wanted to do a #ManiMonday post of a nail polish review but I really didn’t want to remove Mischief Managed because it was just so gorgeous. I look down at my nails and they looked the exact same as the day I painted them. I almost went and grabbed my camera and lights to take pictures and post about it. However, the dog started having issues and yadda yadda. As you can see though, the burgundy flecks in this are absolutely stunning. I, honestly, don’t think you can get enough of a peek at the base shade to know whether it’s “parchment” or not but the burgundy against that base shade is everything I wanted in life but didn’t know that I needed. 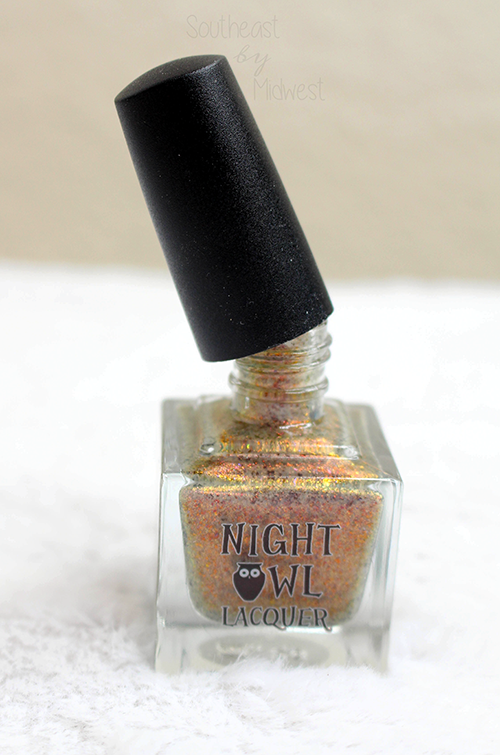 At the time of writing this, there were only NINE of the Mischief Managed Polishes left in stock. Nine of you need to race to go pick this up because the rest of you are going to have serious FOMO over this one and you don’t want to be one of those. Seriously, it’s so good that I’m wearing it another week just to do this post and I never wear the same shade for back-to-back manicures. 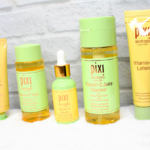 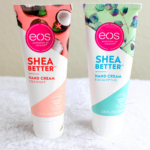 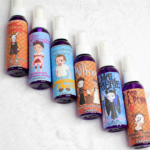