This shop has been compensated by Collective Bias, Inc. and its advertiser. All opinions are mine alone. #QuakerRealMedleys #CollectiveBias 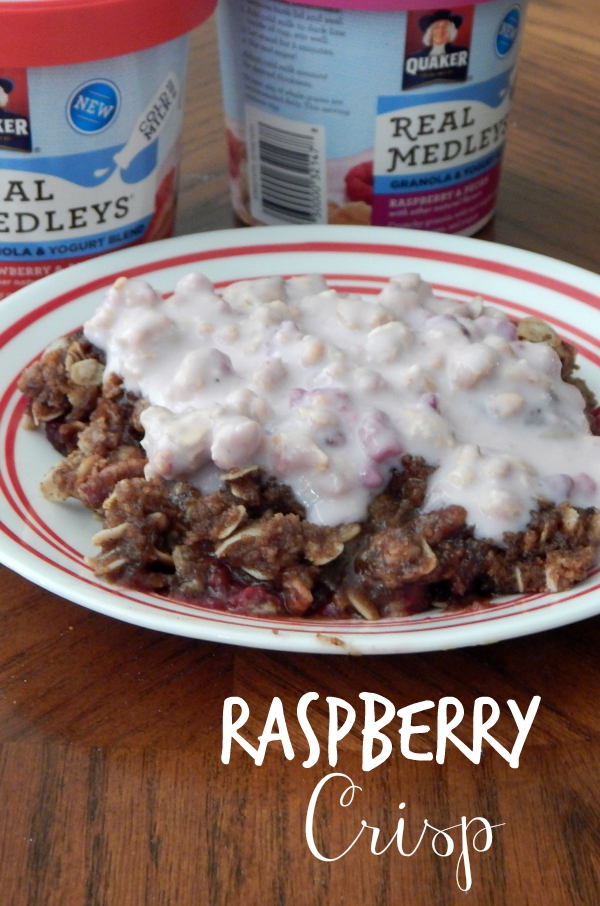 If you saw yesterday’s post then you know that the Hubs and I started back to school yesterday! We have both been super excited about going back to school and we wanted to show that by making ourselves something a little special. The question became, what to make ourselves. We could do a cake or cupcakes but that goes way off our diet. We could do candy or ice cream, but again the diet issue. We finally came up with the idea to have a Raspberry Crisp but not just any Raspberry Crisp, no the Hubs wanted to have a play on “Raspberry Beret” Crisp. So I put on my thinking cap to see what I could come up with and lo and behold if Quaker didn’t come out with a set of Quaker® Real Medleys® Yogurt Cups that would be perfect for this recipe. 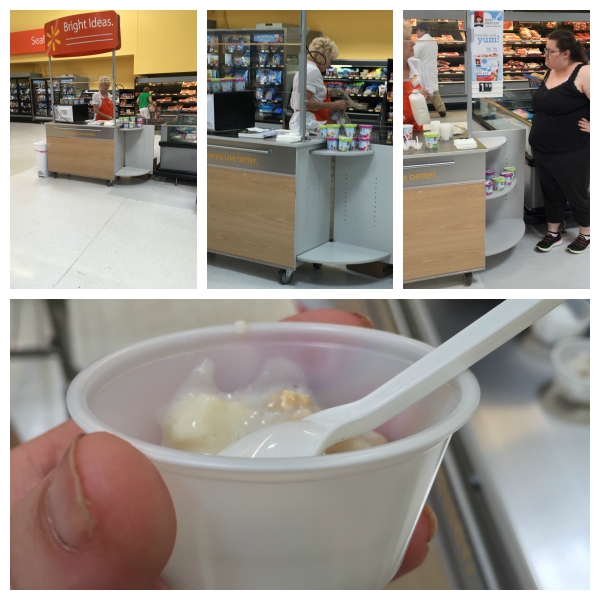 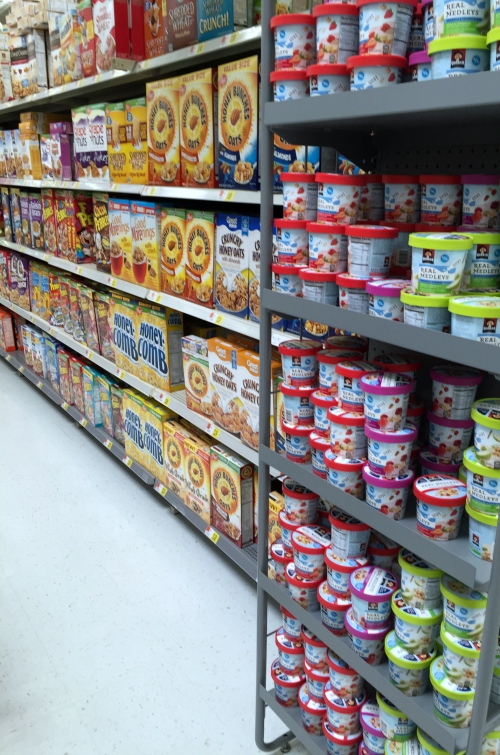 I of course looked for the Quaker Real Medley’s Yogurt Cups with the other Quaker products and that is SO not where it’s at, which if I had thought about what the product was I would have realized that. The Quaker Real Medley’s Yogurt Cups are kept with the other COLD cereal products, or in the case of my store on a side-cap right next to them. Genius keeping them right there because you pour your milk onto the cold cereals and you pour milk over these, really a DUH moment for me! 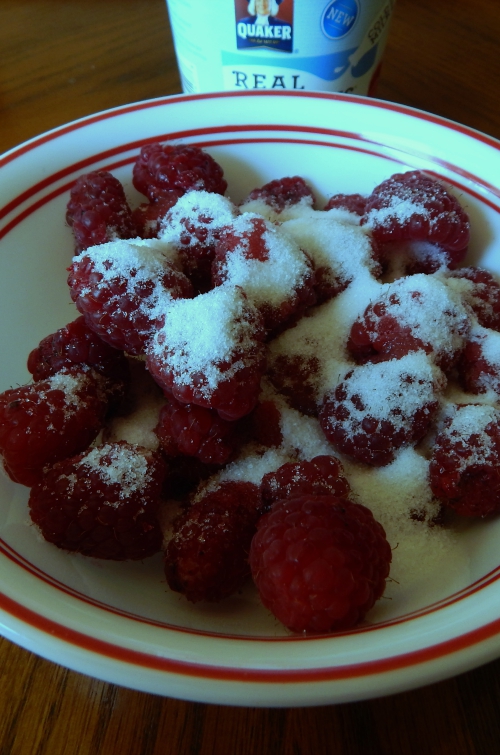 Now that we know what the Quaker Real Medley’s Yogurt Cups are and where to find them let’s go ahead and get to this YUMMY recipe shall we. Now I’m going to include the recipe down below with full measurements but I’m going to give you a bit of walk-through with it first. The first thing that we’re going to do is take our raspberries and put them in the bowl with the sugar, give them a stir, and then set them to the side. We’re doing this so that the sugar will help break down the raspberries a little bit letting loose some of those delicious juices. 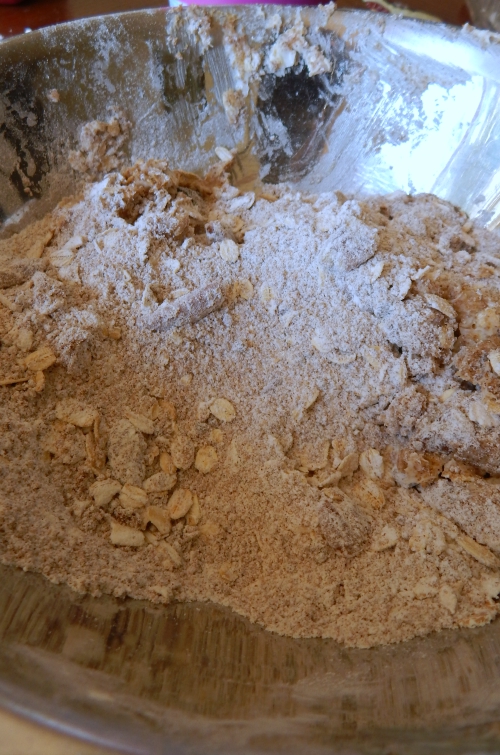 Once we have the raspberries set to the side we’re going to take all the other ingredients, except the Quaker Real Medley’s Yogurt Cup and combine those really well in a separate bowl. This is going to be the crumble that is going to be on top of the crisp. You want to make sure that you do indeed mix this really well, otherwise it won’t brown properly. 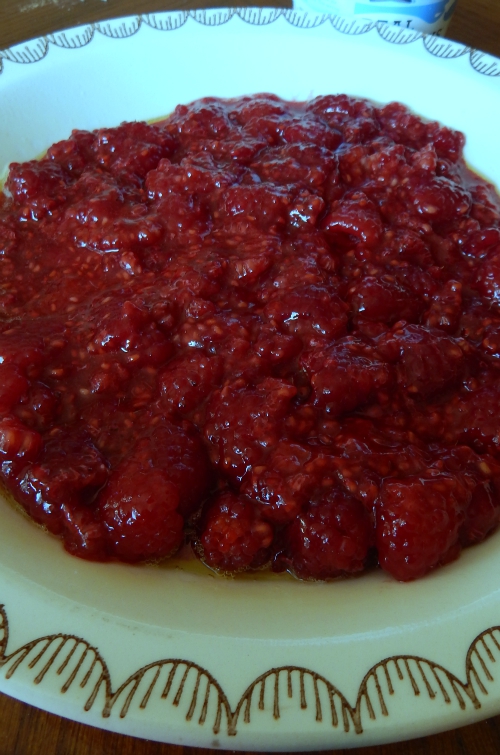 With those two steps done the rest of steps are really pretty easy. You’re going to take the raspberry and sugar mixture that you have set over to the side and place that into a pre-sprayed pie plate. Once you have them in there just spread them so that they’re an even layer across the plate. 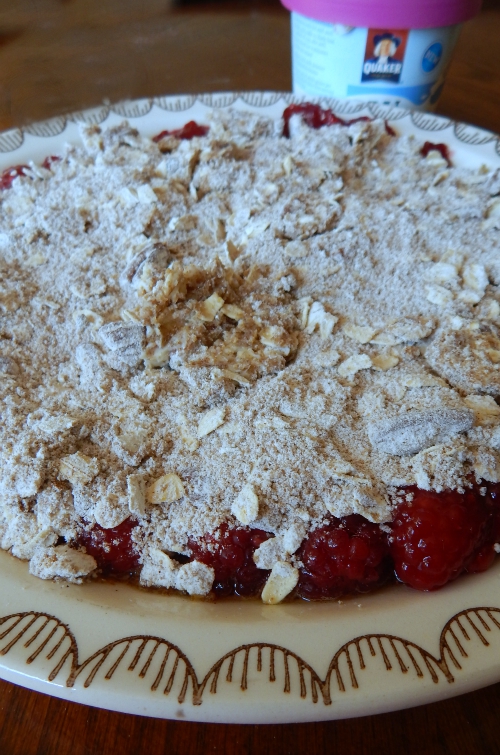 Once you have the raspberries spread evenly you’re going to come in with the crumble and spread that evenly over the raspberries. Once you have that done you’re going to put the crisp in a pre-heated 350 degree oven for 10 – 20 minutes depending on your oven. I would start checking it at ten minutes and do a couple minute intervals until it’s reached the desired brownness for you. You’re looking for a golden brown but not burnt look. 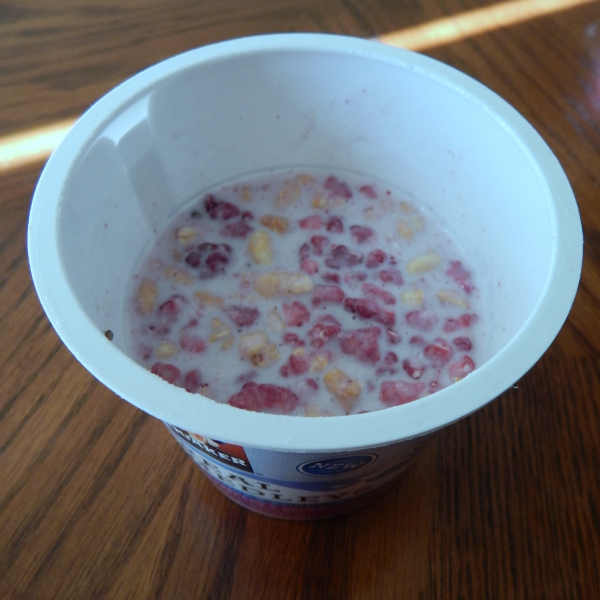 Once the crisp is done, out of the oven, and cooling we’re going to start preparing our Quaker Real Medley’s Yogurt Cup for the top. I mentioned above the correct way to put the Quaker Real Medley’s Yogurt Cup together but so you don’t have to scroll back up you basically just add cold milk to the fill line, stir well, and let sit for two minutes. 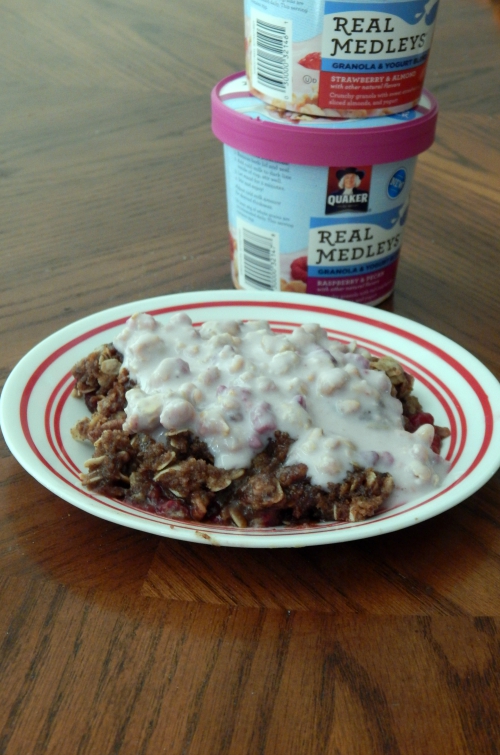 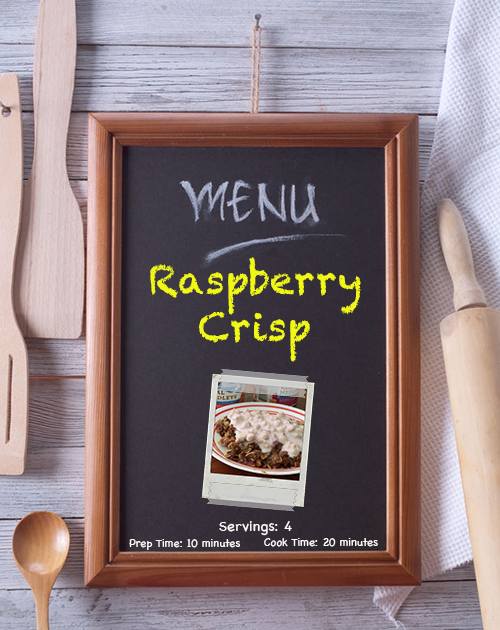 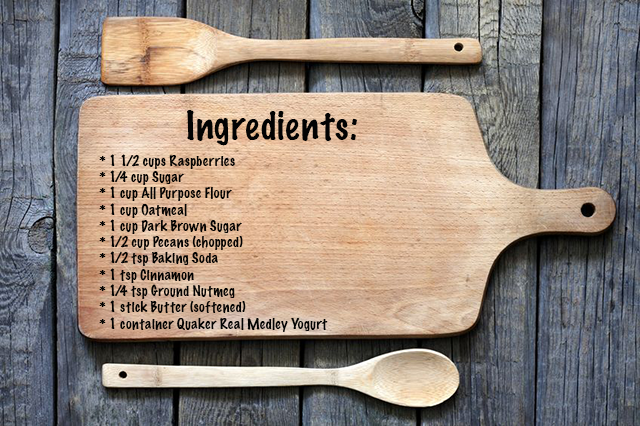 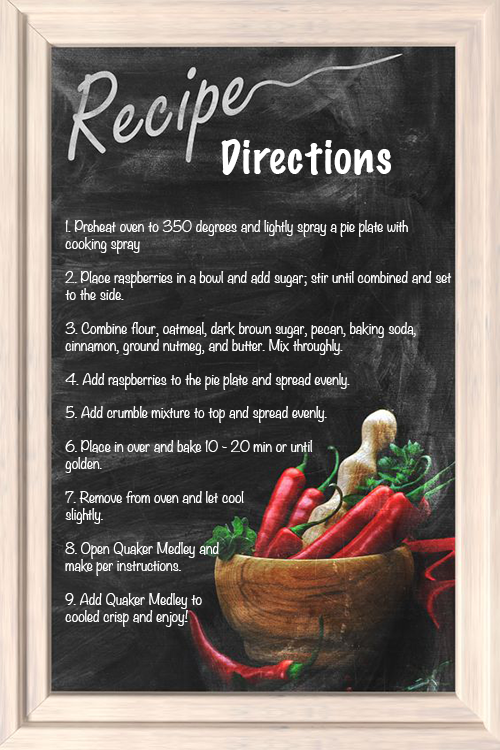 Don’t forget that you can download the Blippar app from your Apple or Android store to scan your package and receive information tutorials on Quaker® Real Medleys® Yogurt Cups!

Now we used the Raspberry and Pecan Quaker Real Medley’s Yogurt Cup but there are two other flavors available. Head over to the Quaker Walmart Page and come back and tell which of the three YOU would use to top your crisp!