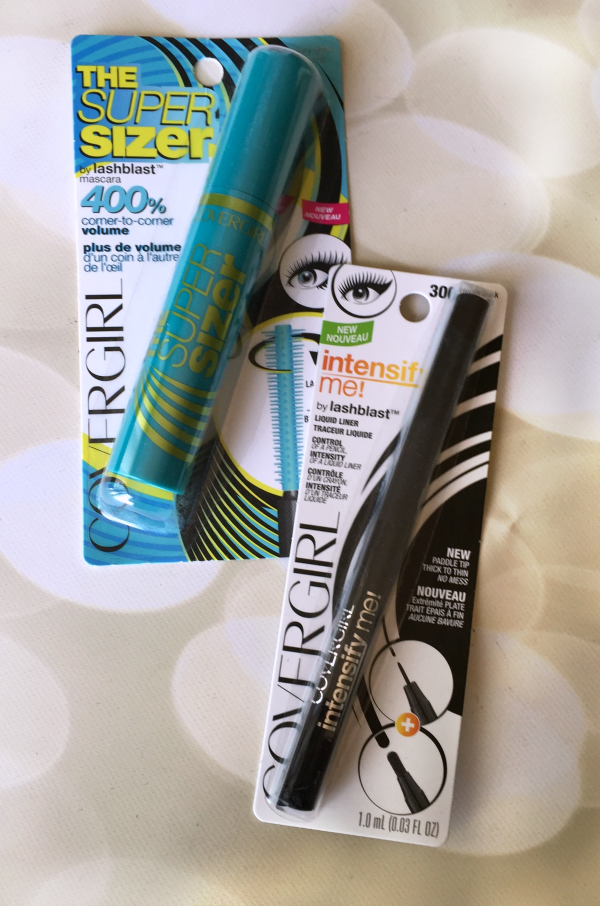 I was contacted recently by CoverGirl to see if I’d be interested in reviewing some of their new products. Of course, I jumped at the chance since I LOVE a lot of their products already. I had no idea what CoverGirl was going to send me, so when the box arrived at my door and it had the NEW CoverGirl Super Sizer Mascara and the NEW CoverGirl Intensify Me Eyeliner inside, I was thrilled! Two products I hadn’t seen in the stores around me to try out?! ::fistpump:: But what did I think of them… 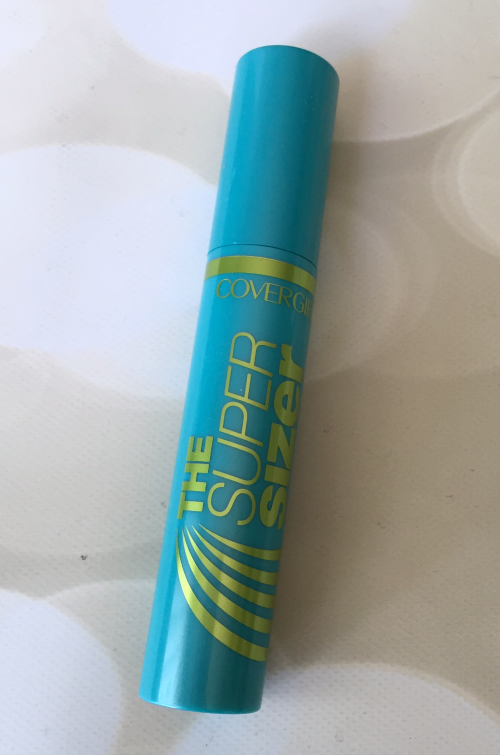 Let’s start with the CoverGirl Super Sizer Mascara. The packaging is different than any other mascara that CoverGirl has released recently, especially other Lashblast mascaras. The other Lashblast mascaras have that distinctive tapered shape, while regular CoverGirl mascaras have slender tubes; the CoverGirl Super Sizer is just thick and chunky. With a name like “Super Sizer”, the packaging of this mascara is pretty smart: starting with a bigger bottle makes you think that you’re going to get a bigger end result. 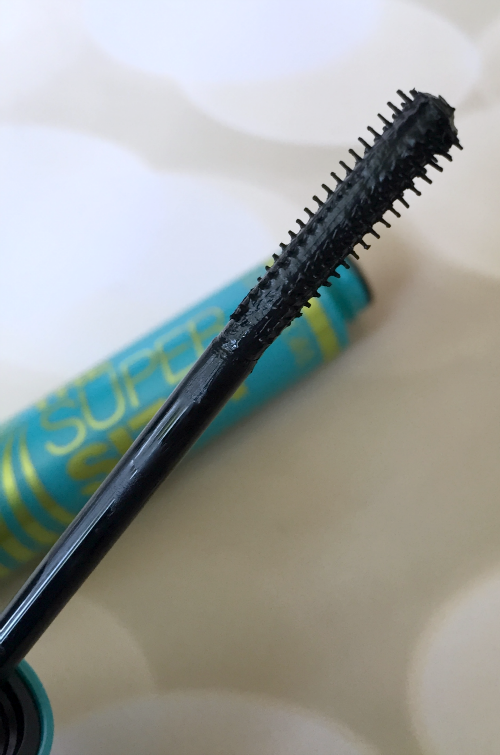 The wand, oh where do I start with the wand? The wand for the CoverGirl Super Sizer is rubberized, which is pretty standard for the Lashblast line. Next, let’s talk about the tapered design. When I pulled it out of the tube, I tilted my head from side-to-side trying to figure out if those itty-bitty bristles at the end were going to catch any of my lashes (Spoiler: They didn’t).

While I understand what CoverGirl intended with the wand design (catching all lashes with one swoop), for me, it just didn’t make it all the way there. Because of those itty-bitty bristles I mentioned, I had to move the wand around to make sure my other lashes were covered. When I did this the tip of the wand brushed against my nose, causing a big mess. It did help to give me incredible length, but the bristles just weren’t there to give me curve or volume. 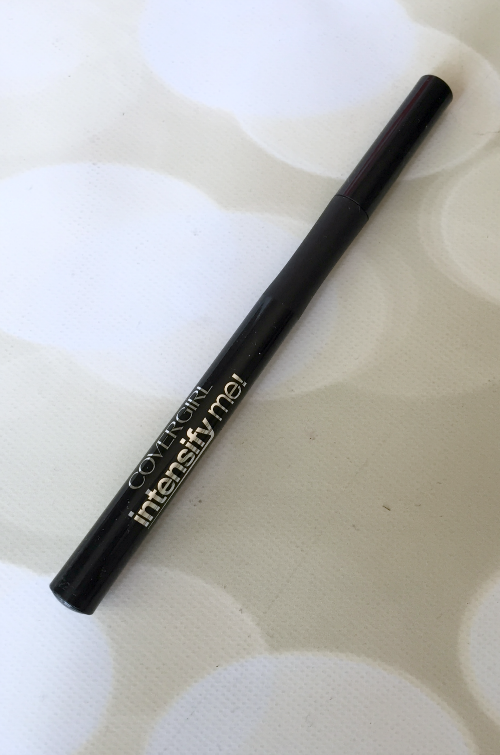 Anyone who has been around the site (and my YouTube channel) for a while knows that eyeliner is not my favorite makeup product. I don’t have the steadiest hands for application, not to mention my eczema flareups can cause application to be iffy. So while I was excited to try out a new product from CoverGirl, I was concerned that the CoverGirl Intensify Me Eyeliner’s consistency would be similar to that of their Ink It Eyeliner, which dragged on my lids. 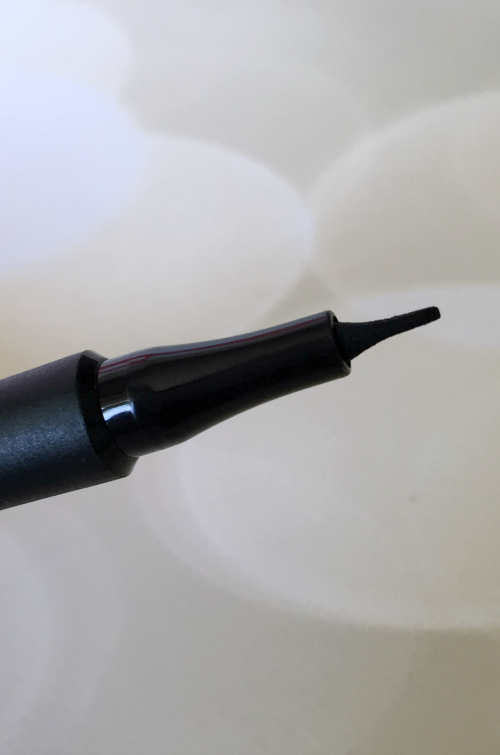 When I opened the CoverGirl Intensify Me Eyeliner, I was pleasantly surprised to find that it was actually a liquid liner with an intriguing felt tip. I haven’t seen a paddle tip on an eyeliner before, so CoverGirl putting it on their Intensify Me Eyeliner is pretty smart. While I’m not a huge fan of eyeliners, I do like the ones that make it easy to go from a thin to a thick line. 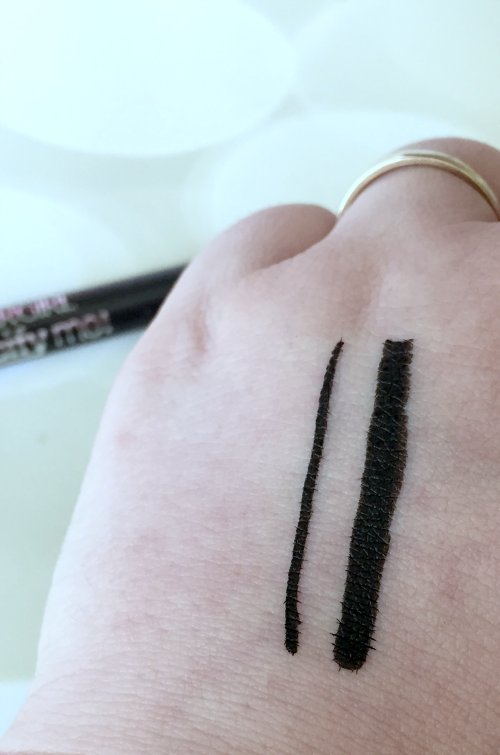