You are here: Home / Beautiful Mind / Wrestling for My Life by Shawn Michaels
Provided for Review | Affiliate Links

Wrestling for My Life by Shawn Michaels 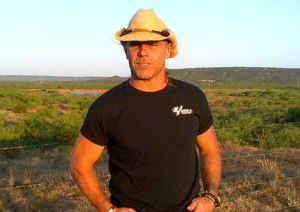 Shawn Michaels is a legendary professional wrestler best known for his long stint with World Wrestling Entertainment, the “Worldwide Leader in Sports-Entertainment.” Known by colorful nicknames such as “The Heartbreak Kid” and “Mr. WrestleMania,” Michaels has thrilled millions of fans around the world with his incredible athletic prowess and his ability to talk on the microphone. He is a multi-time WWE Champion, the co-founder of the D-Generation X wrestling stable, and is widely regarded as one of the greatest performers to step inside the “squared circle.”

Away from the ring, Michaels is a devoted husband, father, and Christian. He currently attends services at Cornerstone Church in his hometown of San Antonio, Texas. At Cornerstone, Michaels leads study groups dedicated to mentoring young adults, especially those without father figures.

A lover of hunting and the outdoors, Michaels currently co-hosts “Shawn Michaels MacMillan River Adventures” on the Outdoor Channel.

In Wrestling for My Life, WWE superstar Shawn Michaels shares from his heart about the highs and lows of his life inside the WWE. Included are some never-before-shared stories and an intimate look into his career as well as stories of hunting, family, and faith.

With millions of fans, Michaels had adulation and all the attention he could ask for, but he discovered there was something more. When he became a committed Christian during his years in the WWE it had to affect everything. Michaels reveals what it is like to be a man of faith in this unusual world and shares insights for all of us.

When someone is known for calling themselves names like the “Showstopper” or the “Main Event,” the last thing you expect them to be is humble. Yet, world renowned wrestler Shawn Michaels is just that in his latest book, Wrestling for My Life: The Legend, the Reality, and the Faith of a WWE Superstar. Removed from the spectacle of Monday Night Raw and WrestleMania, we get to see the legendary performer take a brutally honest look back at his life and career, relating each to his understanding of the Christian faith. By the last page, even longtime fans of the “Heartbreak Kid” will see a new side to their favorite ring general and may find themselves in awe over just how much he has changed his life since finding God.

The focus of Wrestling for My Life is Michaels’ faith in God and how it has affected his marriage, his relationship with his children, and his careers in the ring and as a television host. This doesn’t mean that there aren’t some “stories from the road.” Michaels speaks quite candidly about his final years in the squared circle, especially the build up to his legendary encounters with the Undertaker at WrestleMania 25 and 26, and his relationship with the performers in the WWE locker room. However, Michaels’ devotion to his faith in Jesus Christ is clearly the “main event” of this book. Readers expecting a straight forward memoir will be disappointed and should probably check out the WWE approved Heartbreak and Triumph: The Shawn Michaels Story.

Those willing to read through to the end of Michaels’ personal testimony will be rewarded with a better understanding of Shawn Michaels (or Michael Hickenbottom, his real name, if you prefer): The Man rather than Shawn Michaels: Wrestling Icon. It is rare that we see a celebrity admit so openly how vain, arrogant, and downright corrupt they have been. Michaels pulls no punches, telling the entire world how horrible he was before he came to the cross, including the deeply personal moment he hit rock bottom during the height of his drug addiction. What follows is an inspiring tale of how even the worst of us can be redeemed through faith and dedication mixed with solid Biblical lessons that can be applied to our own lives. The changes that we read about in Wrestling for My Life are moving, whether you call yourself a Christian or not.

The one major downfall of Wrestling for My Life is its brevity; the book is well less than 200 pages long. Readers could be justified in questioning whether such a short book is worth spending $11.99 (Kindle Edition) to $17.96 (Hardcover) on. Truthfully, it is difficult to recommend the steep cost for something that can be finished in a single session unless the reader is either a Shawn Michaels fan or deeply interested in reading another Christian’s personal testimony and applying the lessons learned to their own life. Casual readers will want to wait for a price reduction before picking up a copy.

Wrestling for My Life is a personal, powerful testimony from someone who has been at the top of his profession while experiencing the deepest of lows in his personal life. Although brief, Shawn Michaels’ journey of faith is one worth sharing. However, unless one has an invested interest in the man or the subject matter, it is a journey that needs to be postponed until a cheaper “travel rate” can be found.