You are here: Home / Beautiful Mind / My Own Mr Darcy by Karey White

My Own Mr Darcy by Karey White 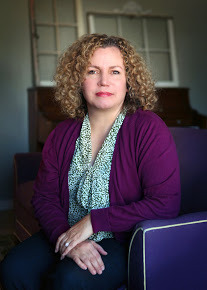 Karey grew up in Idaho, Oregon, Missouri and Utah. She loves to travel, read, cook, and spend time with family and friends. She and her husband are the parents of four children that make them look good. She loves salmon and marzipan (not necessarily together, but it might be worth trying).

After being dragged to the 2005 movie Pride and Prejudice by her mother, sixteen-year-old Elizabeth’s life changes when Matthew Macfadyen’s Mr. Darcy appears on the screen. Lizzie falls hard and makes a promise to herself that she will settle for nothing less than her own Mr. Darcy. This ill-advised pledge threatens to ruin any chance of finding true love. During the six intervening years, she has refused to give any interested suitors a chance. They weren’t Mr. Darcy enough. Coerced by her roommate, Elizabeth agrees to give the next interested guy ten dates before she dumps him. That guy is Chad, a kind and thoughtful science teacher and swim coach. While she’s dating Chad, her dream comes true in the form of a wealthy bookstore owner named Matt Dawson, who looks and acts like her Mr. Darcy. Of course she has to follow her dream. But as Elizabeth simultaneously dates a regular guy and the dazzling Mr. Dawson, she’s forced to re-evaluate what it was she loved about Mr. Darcy in the first place.

When I first started My Own Mr Darcy, I have to be honest, I really didn’t like Elizabeth. Her attitude towards her mother’s love of Pride and Prejudice was a bit nerve wracking, but when you think about it aren’t most teens like that about their parents likes? What really made it nerve wracking was that her mother turned out to be right and instead of saying something like “You know Mom, you were right this was an excellent movie and I can’t wait to give the book a chance!” She instead keeps this obsession secret and uses it to judge all men that come into her life. However, when her best friend notices the pattern and forces Elizabeth to go out with the next guy on several dates before she can dump him, Elizabeth has no choice but to do so. She realizes that Chad, who she wouldn’t have given a second chance to, is actually a really nice guy…and then Matt Dawson walks into her bank.

Matt is everything Mr. Darcy is. He’s arrogant, he’s well-to-do, and he happens to look just like her Mr. Darcy. What Elizabeth overlooks is that his arrogance is often at her expense, he doesn’t even like Pride and Prejudice, and while he may look like Mr. Darcy his employee is looking at him. When Matt asks her to dump Chad and go exclusive with him Elizabeth jumps at the chance to do so. Watching everything unfold was actually quite enjoyable and while I was rooting for Chad and Elizabeth to get together I was glad that Elizabeth broke it off and got a chance to see Matt for what he truly was.

Does Elizabeth get her Mr. Darcy and marry Matt for her Happily Ever After? Does she dump him and go back to Chad? Does Chad even want her back after being casted to the side? To find out make sure to purchase My Own Mr Darcy by clicking here.