You are here: Home / Beautiful Mind / The Scarlet Letter by Nathaniel Hawthorne 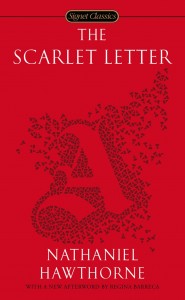 The Scarlet Letter by Nathaniel Hawthorne

I love a good story. During my life, I’ve spent countless hours watching film and television and even more playing video games in order to experience tales of mystery, suspense, whimsy, fantasy, horror, adventure, and even romance. However, it is one of my biggest regrets that I have never dedicated the same kind of time to the written word.

When I made the choice to correct this oversight, I sought the advice of my wife, whom is much more well-read than I could ever be. Her suggestion? I should start with her personal favorite book: The Scarlet Letter.

Now, I had attempted to read Nathaniel Hawthorne’s “classic” once before during my high school years. Unfortunately, I could never get past the beginning, finding it dreadfully boring. Instead, to complete the assignment, I did what every child of the 90’s did: I read the Cliff’s Notes. So, when Cassie made her suggestion, the conversation went much like this…

Me: The Scarlet Letter?! But it’s booooorrrriiinnnggg!!!
Cassie: You never got past the beginning did you? Wait until Hawthorne finishes describing the prison. I promise you’ll love it.
Me: Yeah… Whatever… This is going to be a repeat of high school. There is no way I’m going to enjoy this.

You can probably guess what happened. As with most topics of discussion in a marriage, the husband was wrong and the wife was right. When I allowed myself to become engrossed in this masterpiece of sin, forgiveness, revenge, and a love that transcends all possible restrictions, I discovered what I had been missing all of these years. The Scarlet Letter is an incredible, well written story that is as relevant today as it was when it was originally published over 160 years ago.

The Scarlet Letter tells us the story of Hester Prynne, a married woman in 1600’s era Boston. When Hester conceives a child with a man other than her husband (despite the fact he has not been seen in years and is presumed dead), she is put to public shame and is forced wear a scarlet-colored “A” (for adultery) for the remainder of her days. Although Hester refuses to name her “co-conspirator”, a sinister physician with a connection to the young woman’s past has taken upon himself to discover the guilty party and bring him to ruin.

The first thing that struck me was how mature The Scarlet Letter was. In recent years, we have come to associate the term “mature” with filling a book/movie/game with as much language, violence, and sex/nudity as possible. Instead, Hawthorne’s novel treats us like grown adults, focusing on the aftermath and the emotions following the affair rather than the act itself. By skipping the kind of graphic descriptions we are more accustomed to, we are able to properly admire Hester’s strength, recoil in disgust at the holier-than-thou attitude of her Puritan neighbors, and be chilled (all puns intended) by the evil of Roger Chillingworth. In other words, Hawthorne respects his readers enough to get to the meat of the issue rather than go for cheap titillation.

While the maturity of the book was surprising (especially if you ever saw the film adaptation starring Demi Moore), it  was the open criticism of fundamentalist religion that makes The Scarlet Letter so powerful. While still very much a romance and (possibly described as) a thriller, this “great American novel” directly points the finger of judgement at those who would put others to public shame for their sins without considering the ramifications of such treatment. Measures meant to lead Hester to regret and repentance instead caused her to become resentful and cold. Some may argue that Hawthorne is openly criticizing religion as a whole, but I see The Scarlet Letter as more of a plea for forgiveness and tolerance from the practitioners of religion rather than overt condemnation and disdain.

If The Scarlet Letter has a weakness it is in how descriptive Hawthorne is. Unafraid to wax poetic, Hawthorne spends entire paragraphs and pages describing the most mundane item or action in excruciating detail. While this love of adjectives is somewhat charming, readers will find themselves more than once wishing Hawthorne would just move along. However, the frustration never became so great that I wanted to put the book down (outside the initial description of the prison).

The Scarlet Letter was once one of my biggest literary regrets; a favorite of my wife’s that I was never able to discuss with her because of my unwillingness to give it the chance that it deserved. Now, I consider it not only one of my biggest “triumphs” but one of the best books I have ever read. Containing incredible characters, descriptive (if at times frustrating) prose, and a still relevant message within its pages, The Scarlet Letter is a work that deserves to be enjoyed once in everyone’s life. If you’ve never taken the time to read this wonderful work before, do so now. 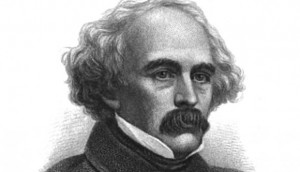 Nathaniel Hawthorne was a 19th century American novelist and short story writer. He is seen as a key figure in the development of American literature for his tales of the nation’s colonial history.