You are here: Home / Beautiful Mind / A Weaver’s Web by Chris Pearce 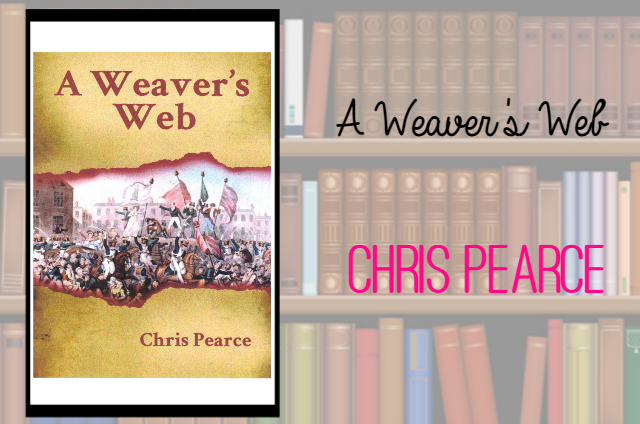 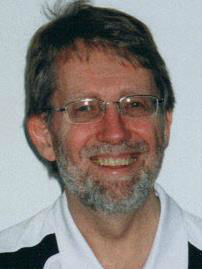 Chris Pearce was born in Surrey, UK in 1952, and grew up in Melbourne, Australia. He has qualifications in economics, management/marketing and writing/editing. He worked as a public servant (federal and state) for 25 years and in the real world for 12.5 years.

His inspiration for writing A Weaver’s Web was a postgraduate creative writing course he topped from 30 students in the mid 1990s. After unsuccessfully targeting many literary agents, including one who compared his manuscript to John Steinbeck’s The Grapes of Wrath, he decided to publish it as an ebook.

He also has a non-fiction book (print only), Through the Eyes of Thomas Pamphlett: Convict and Castaway, which he plans to publish as an ebook later in 2014. He is writing a book on the history of daylight saving time around the world and has some notes towards a novel set 80 years into the future.

His other hobbies include family history and tenpin bowling.

Chris and his wife live in Brisbane, Australia.

Chris can be found on his blog and on Facebook.

A Weaver’s Web by Chris Pearce 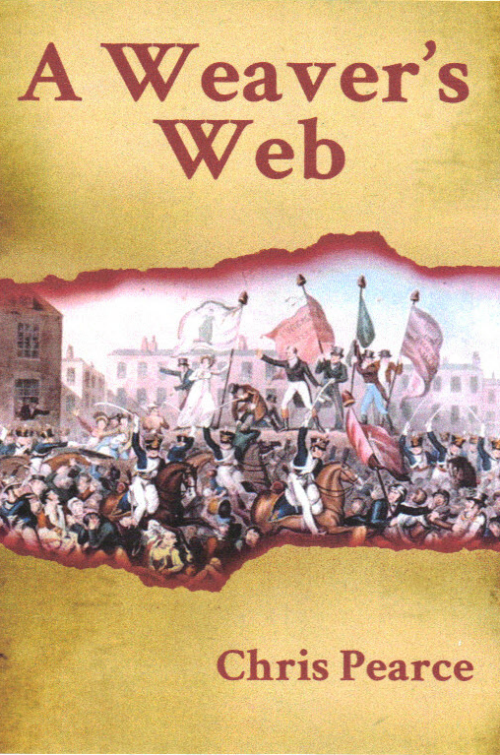 Handloom weaver Henry Wakefield, his wife Sarah and their five children live in abject poverty in the Manchester area of the UK in the early 19th century at the time of the Industrial Revolution. Henry hates the new factories and won’t let his family work in them. He clashes with Sarah, a factory agent, a local priest and reformers, and son Albert runs away. The family are evicted and move to Manchester but are even worse off, living in a cellar in a terrace and have another little mouth to feed.

Henry’s love of money overrides his hatred of factories and he starts one of his own, but it is beset with problems. The Wakefields eventually become quite wealthy, but Henry holds the purse strings and this has a devastating effect on the family. Albert is caught stealing and is transported to New South Wales. Her baby’s death, Albert’s unknown fate and society parties become too much for Sarah, who hears voices and is taken to the lunatic asylum. Son Benjamin faces eviction from the family home for having a baby with an orphan girl too soon after their marriage.

Family members, including Sarah who has got out of the asylum and Albert who has returned to England unbeknown to Henry, have had enough and seek revenge.

When I first read the synopsis for this book I was hesitant to agree to review it. Not because I thought it wouldn’t be interesting but because I thought the synopsis essentially told me the entire story before I had even read a word of it! From the synopsis I knew that the Wakefields start out poor, that they were going to get even poorer, they would experience some extremely hard times, they would come into money, Henry would be a jerk, and the family would get tired of it and seek revenge. Based on every other book and movie that’s just about everything I need to know about the book right there, the rest is just dressing. Right?

WRONG. I couldn’t have been more wrong. Not only is the story more than that but the characters themselves are more than that. I thought for sure this was going to be a book that I would immediately hate Henry and because I couldn’t find anything to attach myself to, I would then hate the book. Again I was wrong…well about the last part anyway. While I was right in the fact that Henry was very unlikable, to me, I found that because I liked several of the other characters I wanted Henry’s factory to work, I wanted him to get rich, but I wanted him to have some kind of revelation before that so that the “Henry would be a jerk” would not come to pass. Even though I KNEW this would not happen it still didn’t stop me from turning the pages and hoping it would happen. Overall, the story and the characters were very well written, it all drew me in and kept me there, also the time period couldn’t have been more well written, reading it I felt like I could describe to you exactly what you should wear if you were going to hop in a Tardis and make a trip to 1800’s United Kingdom.

Does Henry turn over a new leaf at the end? Does his family get the revenge they’re seeking? Or does Henry get the last laugh? To find out exactly how A Weaver’s Web is woven head over to Amazon to purchase by clicking here.