You are here: Home / Beautiful Mind / A Girl to Love by Betty Neels 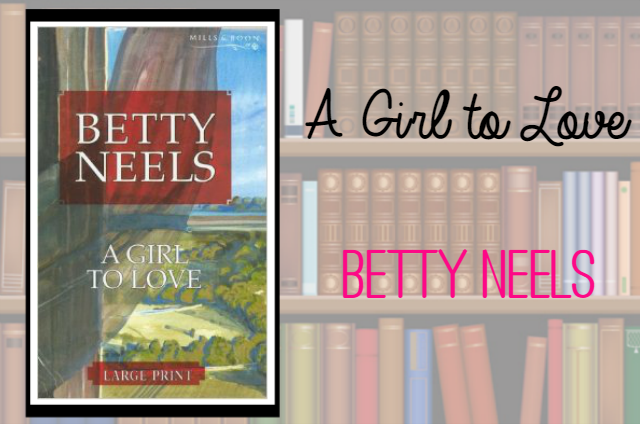 Born in Devon, England on September 15th, 1910 Betty Neels trained as a nurse when she was younger. Fate would have it that she would be stationed in France in the late 30′s and would still be there when France was invaded during World War II. After fleeing the country Betty wound up in Northern Ireland where she met her Dutch husband. Betty and her husband were married in London, had a daughter, and managed to make their way back to Holland after the war where they settled down.

Betty continued to work as a nurse for a number of years before retiring and that was when she started writing. Her first book, Sister Peters in Amsterdam, and went on to write 134 more books and was writing up to a year before her death.

A Girl to Love by Betty Neels 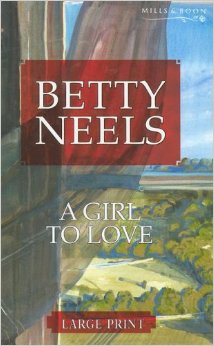 She shared his life but not his love…

What would Sadie do? She was suddenly alone in the world, and her cottage home would have to be sold. But luck was with her, for Oliver Trentham, the television screenwriter, required a housekeeper — and the job was hers! Unfortunately, her heart was soon his — hopelessly so. Such a handsome man, with two small daughters, needed to remarry — but he certainly wouldn’t choose his housekeeper!

As I mentioned in my review of Heaven Around the Corner, which you can read here, I’m reviewing these books as more of a nostalgia factor than anything else. That being said I’m finding that I’m enjoying these books a lot more than I thought I would. I should probably mention that I thought that Betty Neels had a habit of writing two different types of books, the nurse that fell in love with the doctor who she thought didn’t love her back and the nurse who married the doctor for convenience and would fall in love with him by the end of the book. While A Girl to Love does have some shades of the former of those two stories it is a bit different. I found the characters all really enjoyable except Miss Murch!

All-in-all A Girl to Love is your typical light romance novel, however, both Sadie and Oliver have hurdles to overcome in their journey. Sadie has Miss Murch who thinks of her as nothing more than a lowly servant. While Oliver has to contend with acquaintances who inadvertently set him back several paces without realizing they did so.

Will Sadie tell Oliver her true feelings? Will Miss Murch succeed in getting Sadie fired? Will Oliver return Sadie’s feelings? To purchase and find out, click here.