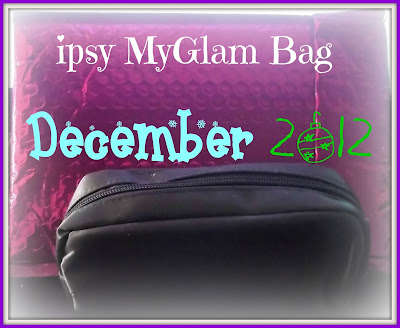 One of the things that I have signed-up for recently is the monthly Ipsy Bag. For those of you who don’t know what Ipsy is, it’s a monthly subscription box that you get 3-5 beauty samples in. The subscription costs $10 a month and the samples come in a specially designed beauty bag. Some of you may have tried the Birchbox and if you have this is similar to that but better in my opinion as the samples have been bigger in the Ipsy Bag than in the Birchbox. 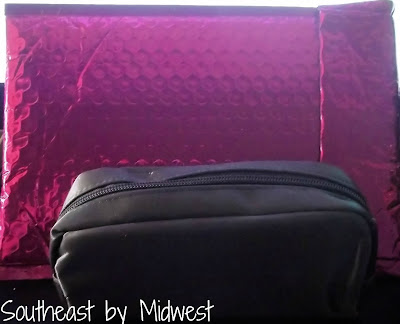 The December Ipsy Bag came in a nice silver bag and contained five beauty samples that were of a nice size. The products were an eyeliner, a loose pigment shadow, a lip gloss, a face primer, and highlighting sheets. 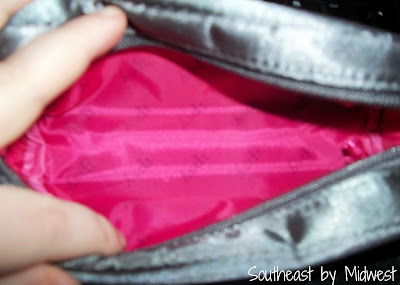 As you can see the bag was a boxy shape and was silver in color and had a satin finish to it. The inside was a bright pink and had the Ipsy logo branded all through it.

The eyeliner sample that came in the bag was of Urban Decay’s 24/7 Glide-On Eyeliner in shade “Zero”. Urban Decay’s website sells this for $19 for what looks like a bigger pencil. 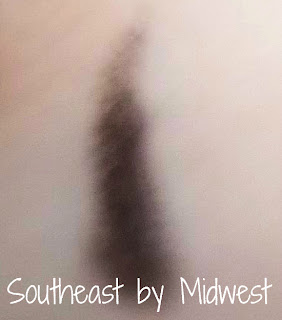 The eyeliner swatched on very nicely, it had great color pay-off, was hard to rub off, and did seem to be durable in water. I might try some of these eyeliners in other shades.

The eye shadow that came in the bag was NYX’s Loose Pearl Eye Shadow which I am really going to have to figure out how to wear. I’ve only ever used the compacted eye shadow, I’ve never tried the loose pigment so depending on how easy/hard it is will be if I were to buy more.

As you can see the shade that I received was Walnut, which is a darker gold-brown. From what I can tell from other members reveals different colors and shades were sent to different people, which I find to be really cool. 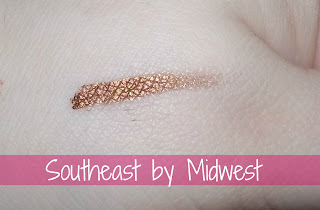 This swatched out very beautifully with a lot of pigmentation in it. Like I said above depending on how easy/hard it is to apply I may purchase more and at $3.00 for a .06 oz bottle that’s not a bad buy. Also, I don’t think that I mentioned that this was a full size product, not a sample.

The lip gloss that came in the bag was from Be a Bombshell and was in shade “Hot Mess.”

Again this one looked to be a full-size product and not just a sample. However, if it was only a sample it was a fairly large one then. This product retails for $14 on their site.

As you can see this swatched out to a fairly lighter red than what is in the bottle, however, if you keep layering the shade gets darker and darker. I might try one of the other shades but I’m more of a lip balm kind of girl than a gloss kind.

The primer that came in the box was from Mirabella and is a face/eye primer. This retails on their site for $29 and again was a full-sized product not a sample.

This didn’t feel clammy at all, which I was afraid of when I saw it was a gel based solution. I used a bit under some eye shadow the other day that usually wears off after an hour or so and while it didn’t turn it into super long lasting shadow the color popped a bit more and lasted longer than usual. I probably won’t buy this product due to the fact that it’s such a high cost, however, it is a product that IF we had the money I would for sure keep in my make-up bag. 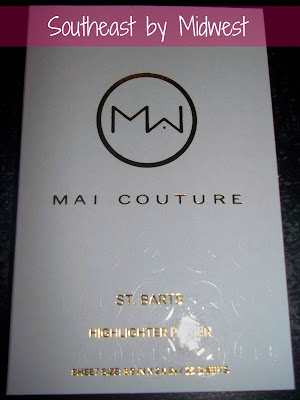 The papers that came in the bag were Mai Couture Highlighter Papier’s in shade “St. Barts.” 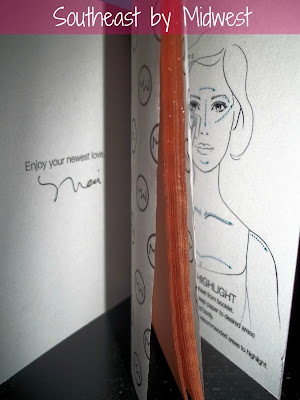 I don’t know where to start on these. In both describing them to you and actually knowing how to use them. I get the gist of them; tear the sheet from the booklet, fold in half, rub across cheeks and other areas that need highlighting, and voila you are done. I’m just not sure that I trust that or not…I mean it’s paper. This product retails for $28 at the Mai Couture website for 50 sheets and the sample that was given was half of that amount. So there will be enough there for me to try and give my opinion on at a later date.

There you guys go the December 2012 Ipsy Bag. I would say that the bag averaged out at about $64.75 worth of products ($4.75 for the eyeliner since it seems to be about 1/4 the size of the actual eyeliner, $3 for the eye shadow, $14 for the lip gloss, $29 for the primer, and $14 for the highlighting papier’s) plus the bag for only $10. All in all I think this was a great deal and I will keep subscribing if the bags are going to stay this quality. Oh and I forgot to mention for a few weeks after receiving the bag each of the companies offers coupon codes to Ipsy subscribers like 30% off or free gifts when purchasing etc.

Do you subscribe to any monthly beauty (or other) boxes? If so which ones are your faves?

This is NOT a sponsored post. I was not paid by Ipsy or given the bag for free by them. I am a monthly subscriber and as such my opinions are my own and are in no way influenced by Ipsy.