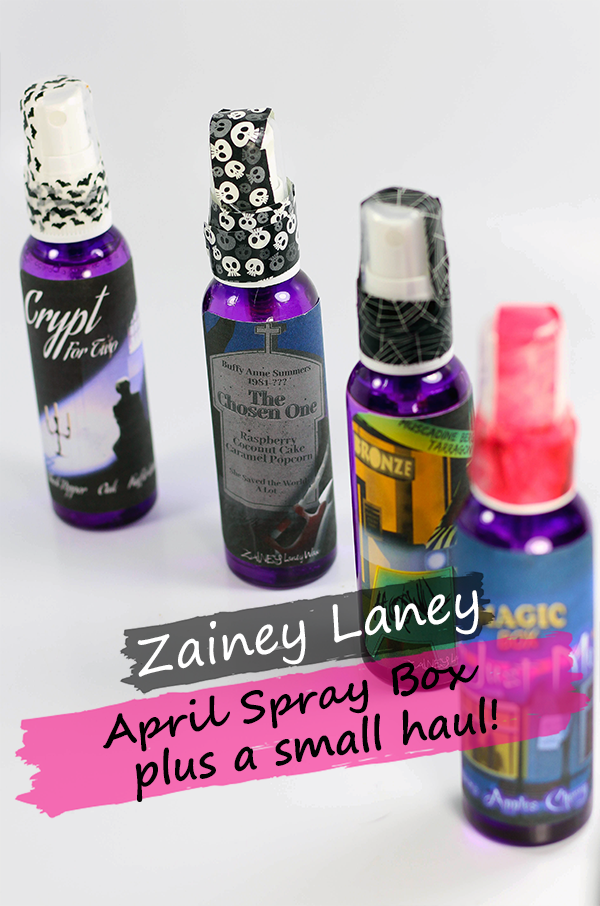 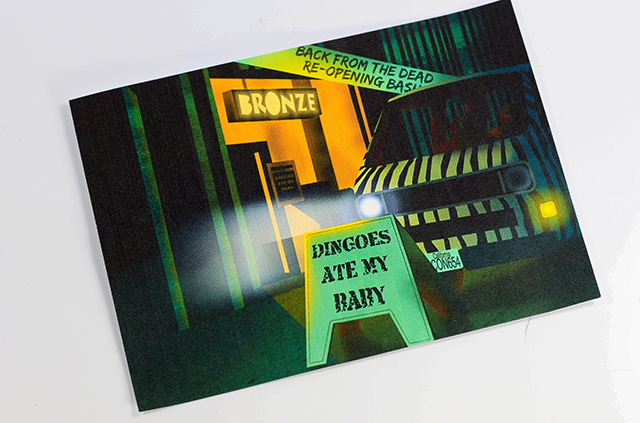 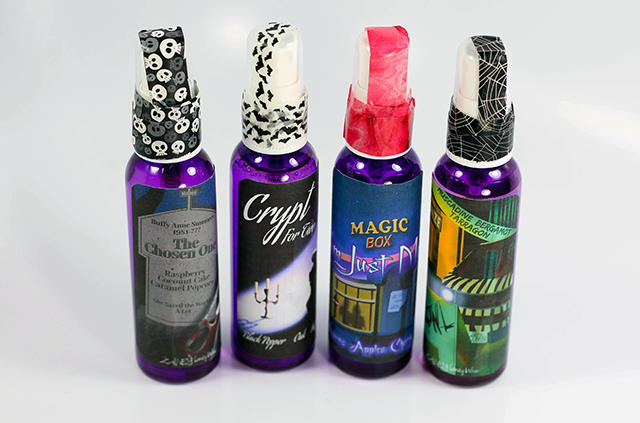 As I mentioned above, the them for April is Buffy the Vampire Slayer which means that the four scents are based around Buffy the Vampire Slayer characters. The four sprays are called “The Chosen One”, “Crypt for Two”, “I’m Just Me”, and “Howl”. Can you guess which character is for each spray? Let’s break down the scents a little bit before you guess. The Chosen One is raspberry, coconut cake, and caramel popcorn and it smells absolutely delicious. Crypt for Two is black pepper, oak, and kaffir lime and it has a masculine scent with a hint of the lime although I have NO idea what kaffir lime smells like…do you? I’m Just Me is apple, acorns, and cherry and it has an earthy scent that isn’t to earthy if you know what I mean. Lastly, Howl is muscadine, bergamot, and tarragon and is a very masculine scent that would be PERFECT for the guy in your life. Now that we’ve gone through the scents do you have a guess for the characters? The Chosen One is based on Buffy, Crypt for Two is based on Spike, I’m Just Me is based on Willow, and Howl is based on Oz. Did you get them all right? Let me know in the comments down below! 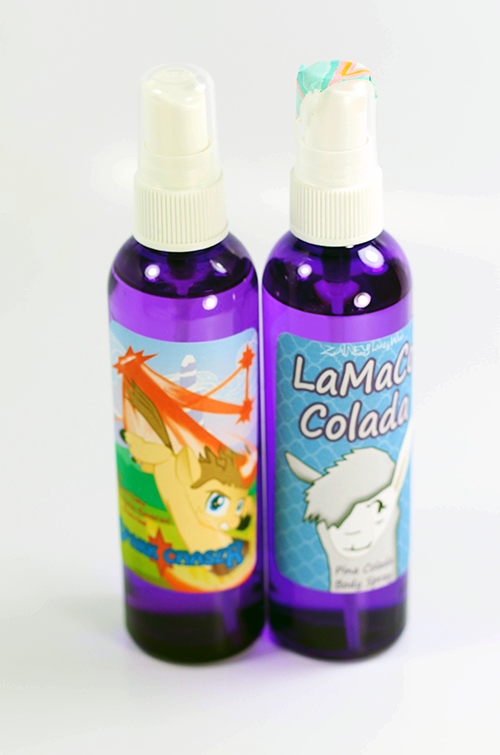 I also recently decided to add two more full-size sprays to my growing collection of Zainey Laney Sprays. This time instead of basing it off of the pop culture references the sprays are based on I went with the scents instead…well that’s what I did with Spark Chaser whose scent is chocolate covered cherries, rum, and almond cake and OMG it smells AMAZING. If you like My Little Pony or the smell of a good cake then you need to pick this up. This smelled so good that I sprayed it after filming the above video and when I walked back into the living room Lila kept following me around trying to lay her head on my shirt to sniff and lick the air around where I had sprayed it. When I sat down at my computer to edit the video she came over to eat so she could sniff the cake air while she ate her dog food. Spark Chaser is Cassie Tested and Lila Approved! The other one, LaMaCo Colada, is a straight pina colada scent sooooo “if you like pina coladas…”, I couldn’t resist I’m so sorry!, then you need to pick this scent up. You can purchase the sprays in 4 oz. for $8.00 or 2 oz. for $4.00. 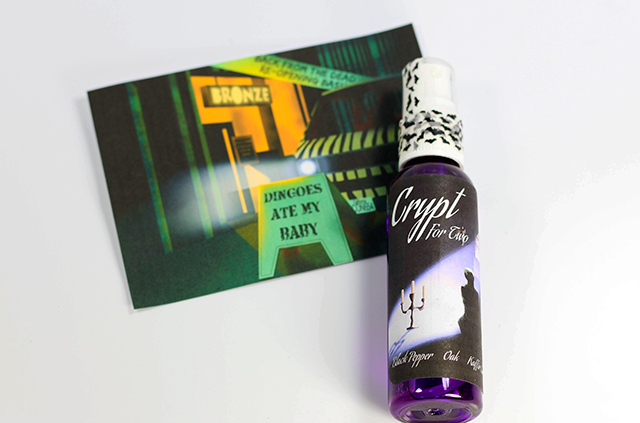 If any of the April scents appealed to you then you need to go ahead and pick up one of the three box options as it’s the only way to guarantee that you’ll get all four of the April scents. As of right now the April scents are only available in the boxes and not as individual scents in either wax or sprays. I do know that at the end of May when the April box is no longer for sale only the most popular scents as voted on in the Zainey Laney Wax Group by members will be kept in the store.

or on any purchase from the Zainey Laney store! 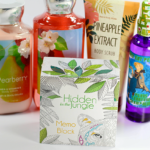 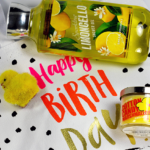 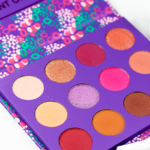