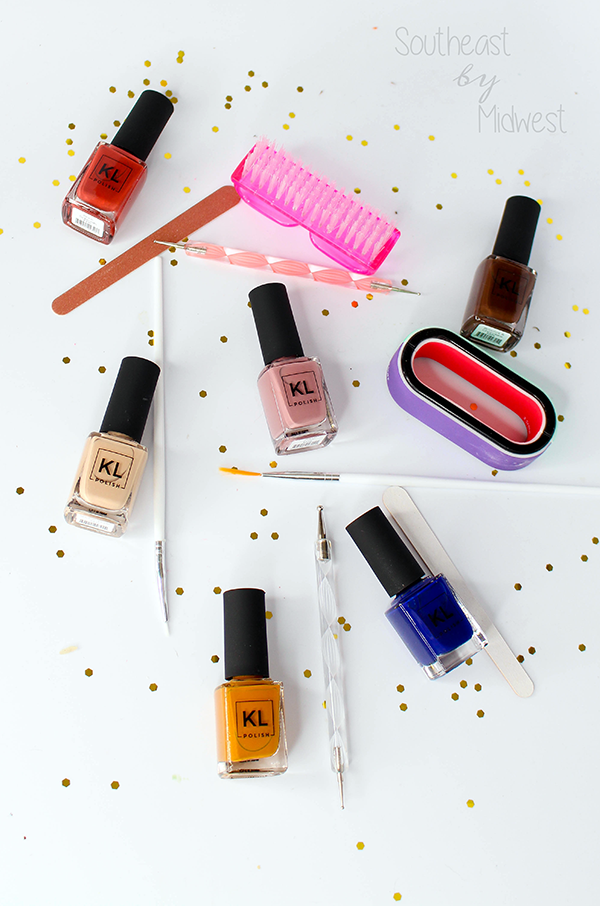 When Kathleen Lights announced that she was putting out a nail polish collection I knew I had to get at least one of them. I was super excited when I was actually able to pick up ALL six of them when KL Polish launched. If you want to know my full thoughts on the KL Polish launch, with swatches, then check out the video below! 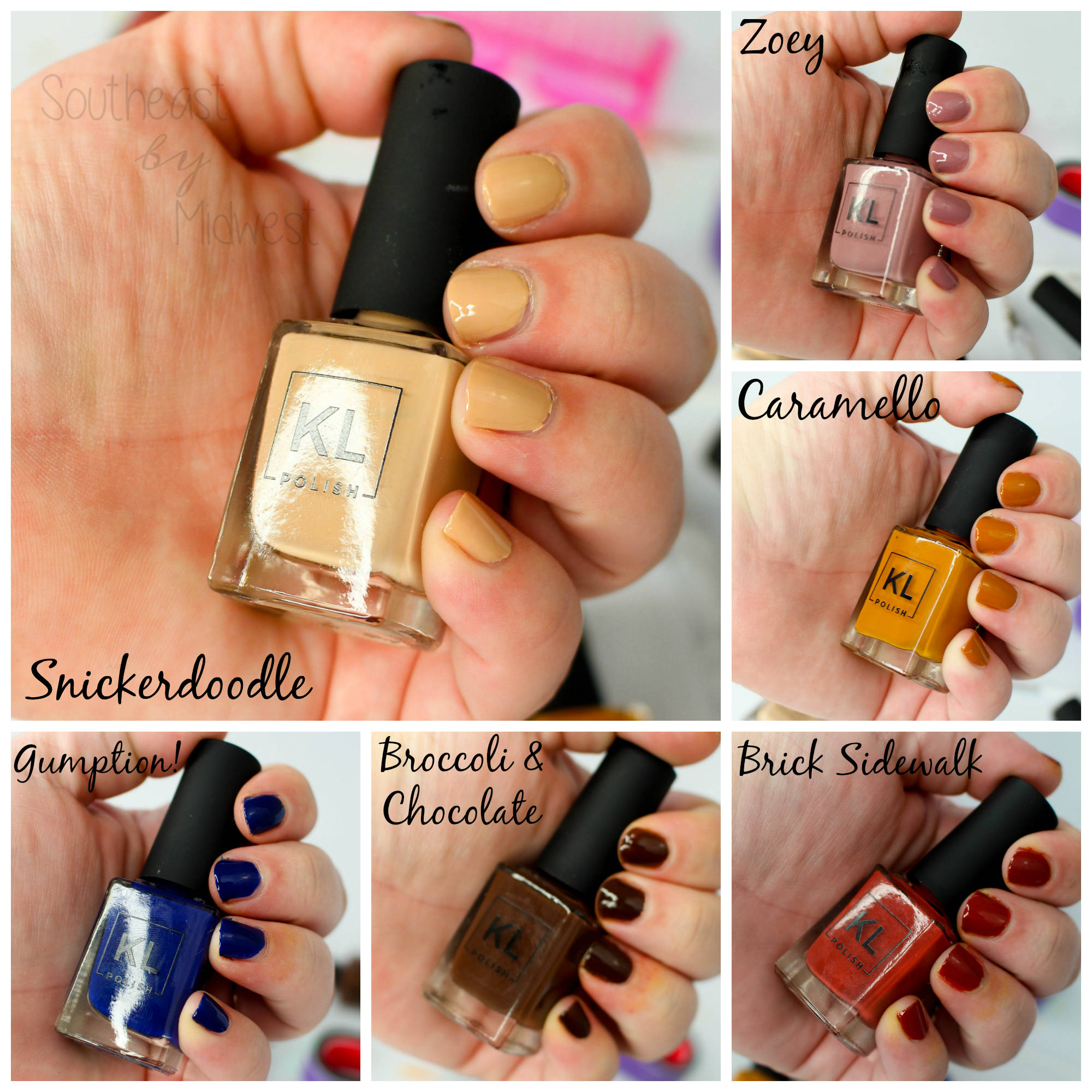 The above photo contains all the swatches from the current lineup of KL Polish. As you can see Kathleen Lights did a great job of including a good shade range from a light shade to a deep brown and from a yellow to a blue, there’s even a taupe shade for those who want a pink kind of shade. In all honesty out of the entire KL Polish launch collection I would say that there were only two shades that I didn’t care for but that was because of the shades and not because of how they performed. To see which polishes were the ones that I did not care for, check out the above video!