You are here: Home / Beautiful Mind / The Husband’s Secret by Liane Moriarty 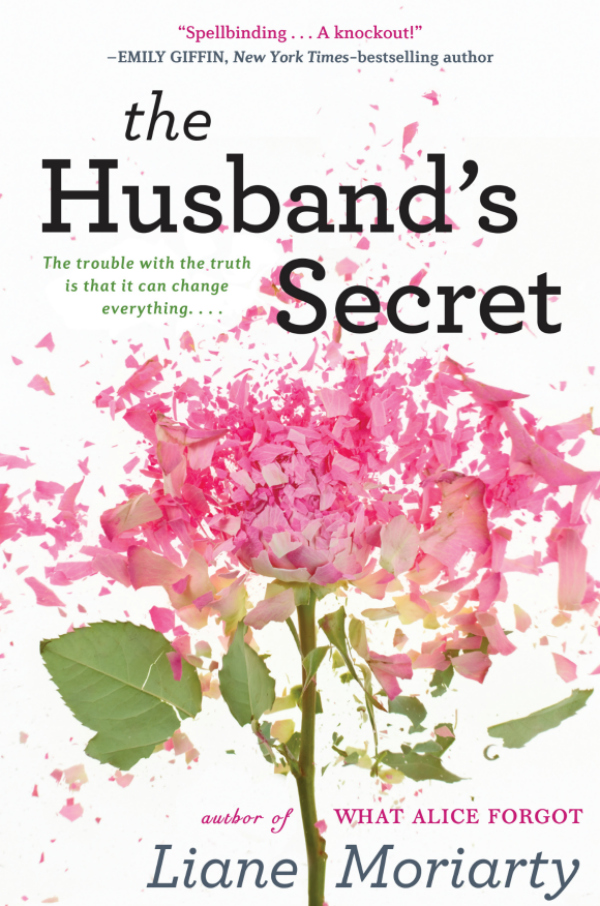 The Husband’s Secret by Liane Moriarty 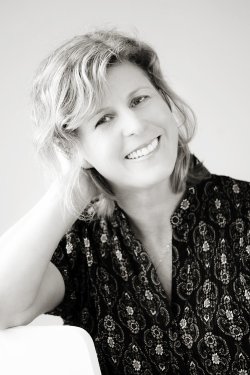 Liane was born on a beautiful November day in 1966 in Sydney. A few hours after she was born, she smiled directly at her father through the nursery glass window, which is remarkable, seeing as most babies can’t even focus their eyes at that age.

Her first word was ‘glug’. This was faithfully recorded in the baby book kept by her mother. (As the eldest of six children, Liane was the only one to get a baby book so she likes to refer to it often.)

As a child, she loved to read, so much so that school friends would cruelly hide their books when she came to play. She still doesn’t know how to go to sleep at night without first reading a novel for a very long time in a very hot bath.

She can’t remember the first story she ever wrote, but she does remember her first publishing deal. Her father ‘commissioned’ her to write a novel for him and paid her an advance of $1.00. She wrote a three volume epic called, ‘The Mystery of Dead Man’s Island’

After leaving school, Liane began a career in advertising and marketing. She became quite corporate for a while and wore suits and worried a lot about the size of her office. She eventually left her position as marketing manager of a legal publishing company to run her own (not especially successful) business called The Little Ad Agency. After that she worked as (a more successful, thankfully) freelance advertising copywriter, writing everything from websites and TV commercials to the back of the Sultana Bran box.

She also wrote short stories and many first chapters of novels that didn’t go any further. The problem was that she didn’t actually believe that real people had novels published. Then one day she found out that they did, when her younger sister Jaclyn Moriarty called to say that her (brilliant, hilarious, award-winning) novel, Feeling Sorry for Celia was about to be published.

In a fever of sibling rivalry, Liane rushed to the computer and wrote a children’s book called The Animal Olympics, which went on to be enthusiastically rejected by every publisher in Australia.

She calmed down and enrolled in a Masters degree at Macquarie University in Sydney. As part of that degree, she wrote her first novel, Three Wishes. It was accepted by the lovely people at Pan Macmillan and went on to be published around the world. (Her latest books are published by the equally lovely people at Penguin in both the US and the UK)

Since then she has written two more novels for adults, as well as a series of books for children.

Photo from Amazon and bio from Goodreads

My darling Cecilia, if you’re reading this, then I’ve died…

Imagine that your husband wrote you a letter, to be opened after his death. Imagine, too, that the letter contains his deepest, darkest secret—something with the potential to destroy not just the life you built together, but the lives of others as well. Imagine, then, that you stumble across that letter while your husband is still very much alive. . . .

Cecilia Fitzpatrick has achieved it all—she’s an incredibly successful businesswoman, a pillar of her small community, and a devoted wife and mother. Her life is as orderly and spotless as her home. But that letter is about to change everything, and not just for her: Rachel and Tess barely know Cecilia—or each other—but they too are about to feel the earth-shattering repercussions of her husband’s secret.

I love a good “Who Did It”, might be why I like shows like Criminal Minds so much, but the problem I have with a “Who Did It” show/book/movie is that I always figure out who did it way before you’re supposed to as the reader/viewer. I’m not trying to brag and as much as the Hubs hates it, I hate it even more as I essentially spend the rest of the book/movie/episode just waiting to see if I was right. That happened with The Husband’s Secret as well. The Husband’s Secret starts out on Monday with Cecilia Fitzpatrick finding a letter that her husband left her to read in the event of his death…only he’s not dead. The chapter ends with her telling her husband about the letter and Chapter Two starts with you meeting Tess, a woman whose husband has just told her that he’s in love with her cousin and he wants them to all live together in the house as one family (uh, what?!). Tess’s introduction ends with her throwing coffee on her husband and cousin as she walks out of the office to pack to head to her mother’s house and you are then introduced to Rachel. Rachel is considerably older than the other two ladies in the group, as a matter-of-fact she is exactly old enough to be their mother, and she has just found out that her son and his wife are moving to the US (the story takes place in Australia) and they’re taking her grandson, who she is very attached to with them. Rachel’s introduction ends with her being a bit rude to both her son and daughter-in-law and we cycle back around to Cecilia which is how the book will continue for the less than week it is set over.

Now I know what you’re thinking, “She mentioned knowing what happened before she was supposed to, what does that mean?” The Husband’s Secret will go through a couple of cycles before Cecilia will get a chance to read the letter, however, on one of the cycles before she does you find out Rachel’s history and as SOON as they tell you why Rachel is so upset about Rob, Lauren, and Jacob leaving I KNEW what was going to be in that letter, and I wasn’t wrong. The rest of the book is essentially each of the three ladies dealing with their issues, Tess dealing with her husband being in love with her cousin by hooking up with an ex-boyfriend; Rachel dealing with Rob, Lauren, and Jacob leaving and the underlying issue of why she’s so upset; and Cecilia dealing with John-Paul’s letter, and them all being slowly being drawn together and towards culmination.

The book ends with an Epilogue that basically shows that if people hadn’t been keeping secrets for years that things would/could have turned out very different. It also shows that the book is essentially not about “The Husband’s Secret” but instead all the secrets that led everyone to the path that they are on. Ultimately I love this aspect of the Epilogue and I love the story as a whole. I will say that I do hate that Rachel spends most of the time in the book despising Tess’s ex-boyfriend but when she finds out something about John-Paul she not only doesn’t have the same feelings but still keeps on despising Connor. Rachel’s story, especially the ending, really annoys me but that doesn’t take away from how much I enjoyed the book overall. This is one that you really need to pick-up and if you’re in a book club make sure to check out the Reader’s Guide that Liane Moriarty has on her site for The Husband’s Secret.