You are here: Home / Beautiful Mind / Rome for Beginners Review

“I was provided this book by the author to review, however, all opinions are my own . For more information please visit my disclosure page.” 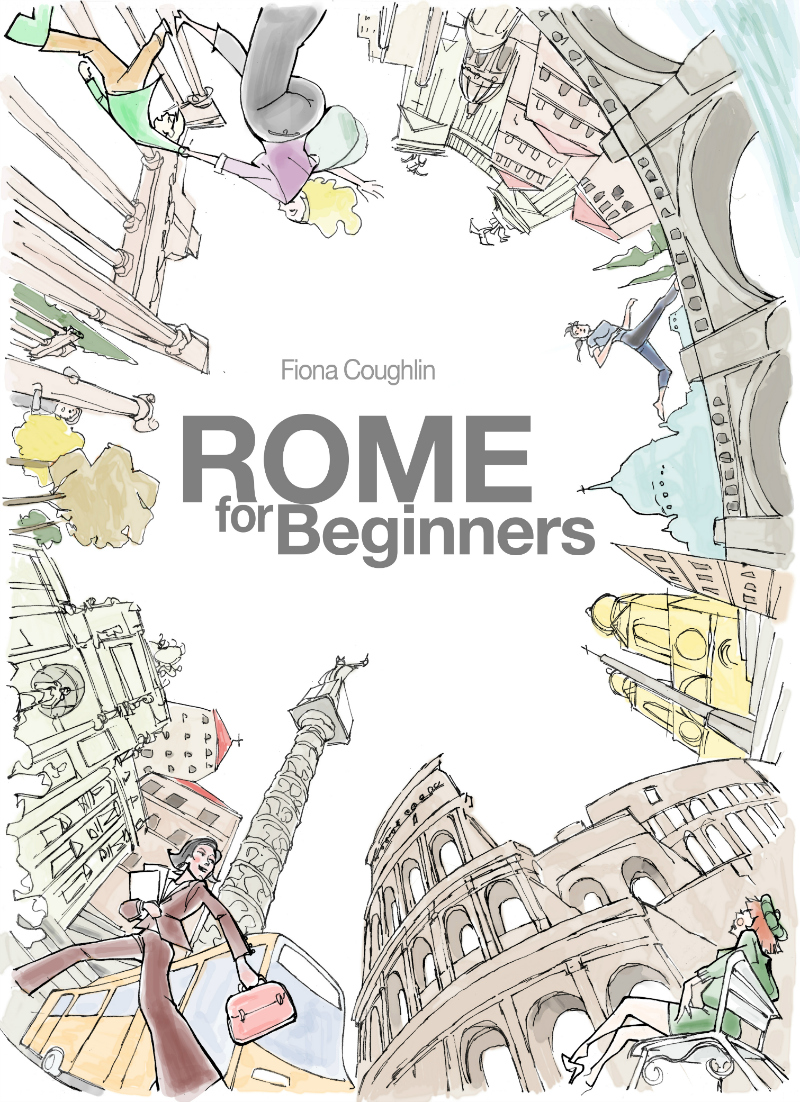 “The girls had read all about living in Italy. The way it worked in all those pink, glossy novels was: woman comes to Italian city. Woman buys farmhouse in Tuscany. Woman’s toilet overflows. Woman has a good cry. Woman achieves self-realization.

As Lilian was learning, living in Italy was no vacation. As a fifty-something academic living in Rome she didn’t feel any closer to self-realization, and she had bigger problems than plumbing. Her professor ex-husband had just started dating her boss (the Chair of the department), and if that weren’t enough she’s just found herself in an Italian Emergency Room, where people around her seem “to be speaking some dialect of squirrel”. Language problems won’t hold her back as she’s got her friends Brennan (an athlete constantly risking deportation), and Suzanne (a newly divorced, single mother) to translate.

This story follows these three unlikely friends in different stages of life over the course of a year: broken bones, dates in the Catacombs, multiple boyfriends named Massimo, spelunking into cavernous Roman ruins, killing one’s own turkey in a country that doesn’t celebrate Thanksgiving, explaining to a nun how adorable one’s own child is after he is expelled, learning how to get some sleep when you’ve rented a room in a church directly under the church bells.

As things get ever more messy these women will discover if they can get it all sorted, with or without all the “ciao bellas”.

Rome for beginners is a skosh heavier than an average Chick Lit book, yet a smidgen lighter than normal Women’s Fiction. Readers who love quirky reading or summer fare, who like satire, who like a biting sense of humor, and who are curious about Italian life should love this book. Lover of Rome should also love the book, as the city is a character unto itself.”

This book got off to a rocky start for me as it seemed to jump around a bit. I’m not talking about person to person because as it follows a group of women I expected it to jump from one to the other, I’m talking about time wise. For instance the book starts with Lilian breaking her leg and winding up in the hospital and while you do see Suzanne visit her at the hospital after her surgery the next time you see Lilian is after she’s already been out of the hospital for awhile.

I really liked the relationships that the girls seemed to have with each other and each relationship was a different, Lilian’s relationship with Brennan was different than her relationship with Suzanne and so on. My favorite part of the book is actually when Lilian has to give a speech to a group of Italians and her department chair comes from the US with Lilian’s ex-husband as her date. She essentially shows up to try and embarrass Lilian but only winds up embarrassing herself in the end, with Brennan’s help of course.

I only have three real complaints with the book the first being Suzanne’s son Cris. First, from the time Suzanne takes him to the hospital and he switches patients name plates and urine tests I felt like Suzanne should get him some kind of help instead of making excuses for him, the boy is obviously troubled. My second complaint is that I wish there had been more of a happy ending with the book, seeing Suzanne/Tullio and Lilian/Massimo get married and Brennan finally get her Visa would have been a great ending instead of how it did end. Lastly, the book is fully titled Rome for Beginners: The Semifictional Midadventures of Four Women, yet we hardly ever see the fourth woman in the book she’s really only mentioned. Otherwise it was a very enjoyable book, I would read another by Fiona Coughlin in a heartbeat.