You are here: Home / Beautiful Mind / The Lightbearers Review 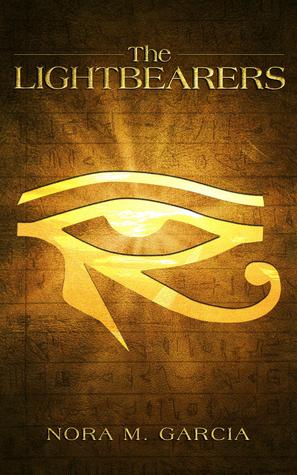 The Lightbearers by Nora Garcia

Nora M. Garcia, originally from New York, now makes her home in Southern California where she enjoys a successful career with an entertainment company. While Nora considers herself an artist, she feels a strong sense of social responsibility which inspires her to write projects that are not only entertaining, but also enlightening and hopefully with a positive social message as well.

“The Lightbearers is the story of an ancient Egyptian King and Queen, Akhenaton and Nefertiti, who have been reincarnating together for the past 3300 years. They have been entrusted with the  mission of The Lightbearers, whose responsibility is to be guardians of the human race and to enlighten any whose path they cross. Through reincarnation, during each of their lifetimes, they strive to overcome violence, greed and injustice and in each lifetime they leave pockets of individuals with whom they have shared their secrets of life and death. They have also been ascribed with the powers of telepathy, astral projection and psycho kinesis. They are highly evolved and highly enlightened.”

Overall I really enjoyed this book, it did have some flaws which I will get into but the overall book was fairly good. To start out with I really enjoyed the characters of Akhenaton and Nefertiti and the chemistry that they had with each other. These two characters were extremely well written and quite enjoyable to read about in any incarnation that was mentioned. I think that may be one of the things that bothered me though, the timeline of the book, and it was a consistent problem throughout the book. I got the impression that the book was supposed to mainly be about Akhenaton and Nefertiti’s struggle to enlighten the human race. Once you start reading though, it’s my opinion, that the book tends to focus A LOT around Natas and his journey through the book. While the book starts out showing you Nefertiti’s latest incarnation, Jean, and you get flashbacks of Akhenaton’s and Nefertiti’s start and one of their previous incarnations, these parts seem to be fairly rushed which is a pity because these are the parts that I would have loved to have seen more. Overall the rush to age people felt kind of forced and kind of soap operish (where one day a character is five and the next episode the same character is now 22) and not in a good way. Again I say this was rather sad because I really really enjoyed the parts that were there if they hadn’t been so rushed and random this book totally would have gotten a 5 for me. I really feel that this would have been great as a series of books where the first book had the first incarnation, the next book had the next one, before finally getting to the meat of the series where it focuses on Jean, and her later incarnation Cassandra, and the struggle with Natas. Speaking of Natas I felt that storyline got wrapped up way to quick, I would have loved to have seen a more in depth ending. All that being said I would recommend this to anyone who likes Historical Fiction or Fantasy books and is looking for a good overall story-line.

Purchase The Lightbearers by Nora Garcia