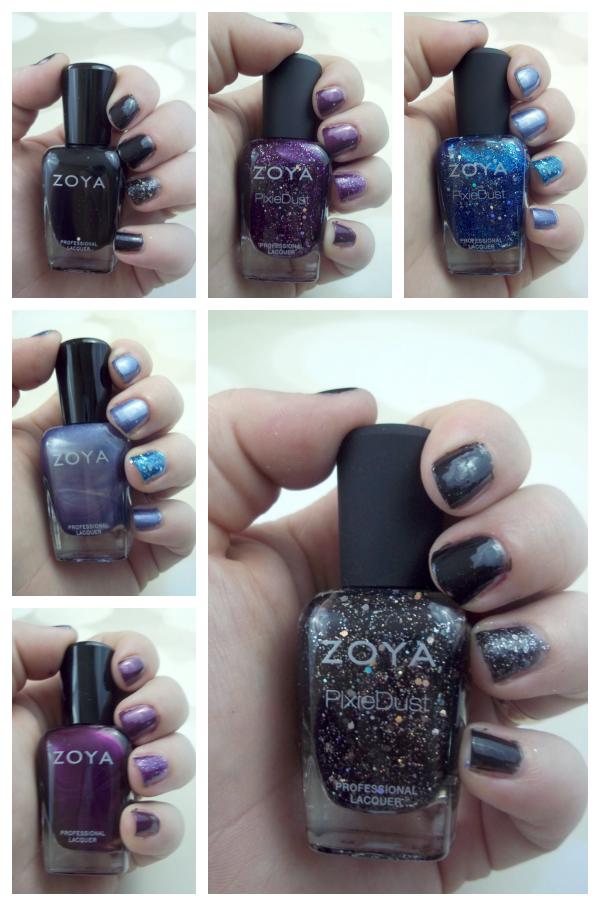 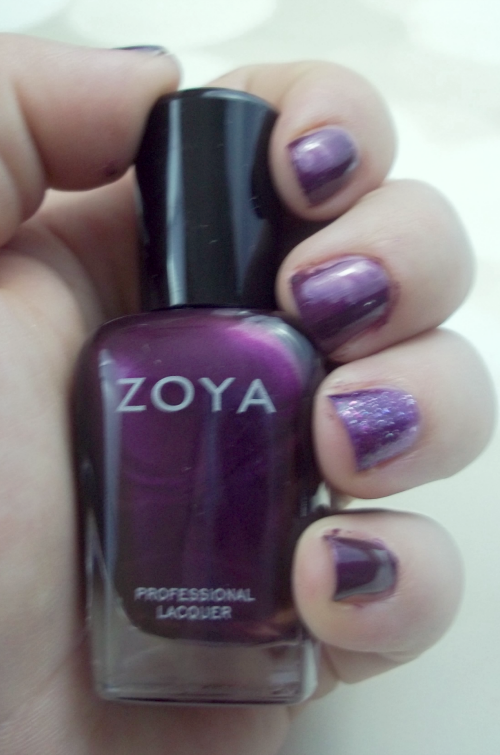 The first polish in the Zoya Wishes collection is Haven. Haven is a deep plum metallic cream polish. I found that Haven went on really well but that it does need a second coat to even out the color a bit as the first coat is a bit light. 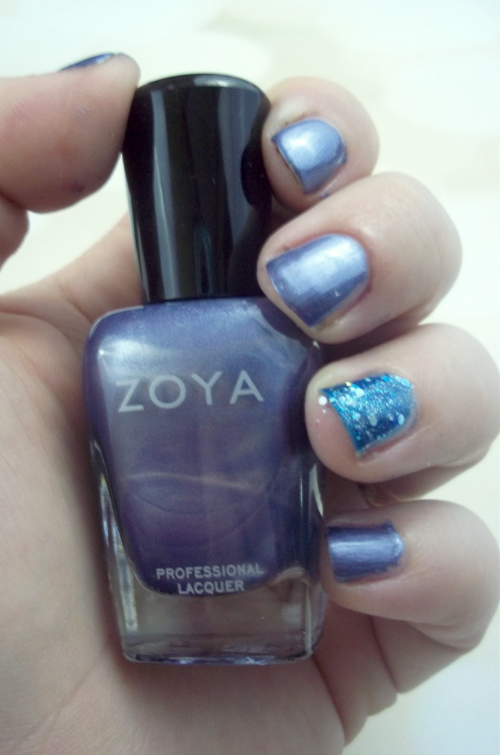 The next polish in the Zoya Wishes collection is Prim. Prim is a blue metallic cream polish that has shots of silver throughout it. Prim went on the best out of any of the polishes in the set. With Prim, most people could get away with only one coat of polish and that’s it. 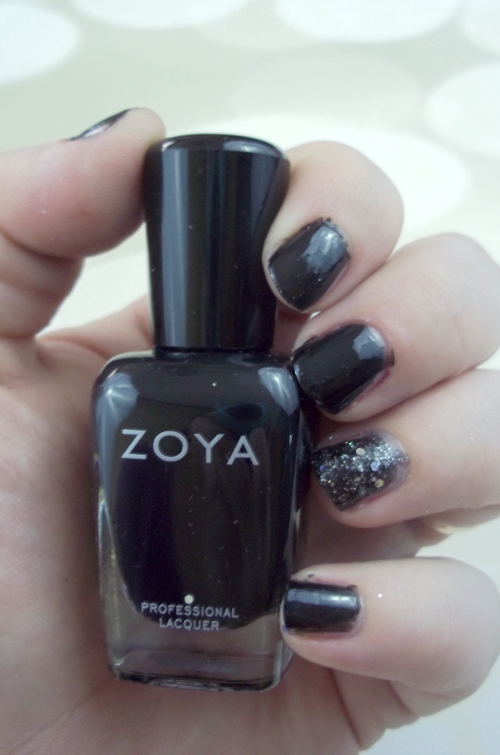 The next polish in the Zoya Wishes collection is Willa. Willa is a deep black cream polish. As a FYI, Willa is actually a repackage/rename of a previously released polish named “Black Swan”. In my opinion Willa looks the best of all the cream polishes with two coats on it, however, it does need two coats as the first coat can be a bit patchy. 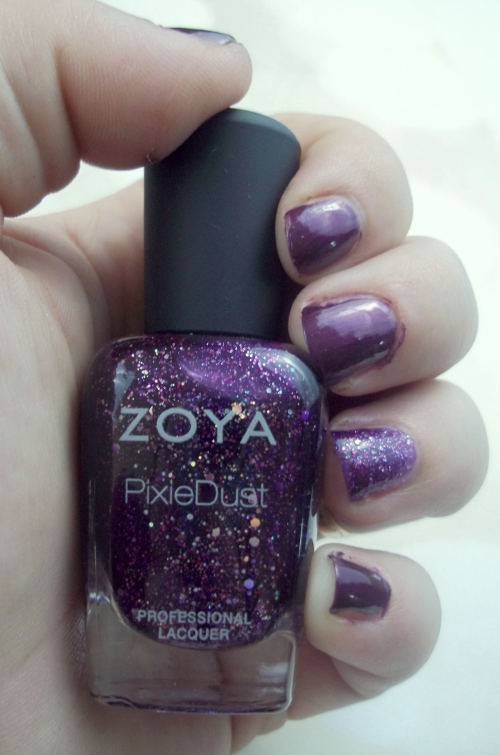 Thea is the purple Pixie Dust polish in the Zoya Wishes collection. Thea looks great as a light purple shade with one coat but looks absolutely stunning with two coats. Thea is the accent nail in the picture above. 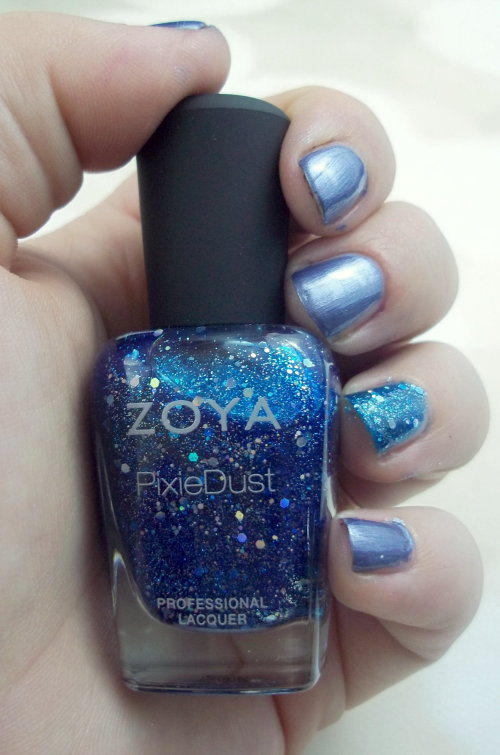 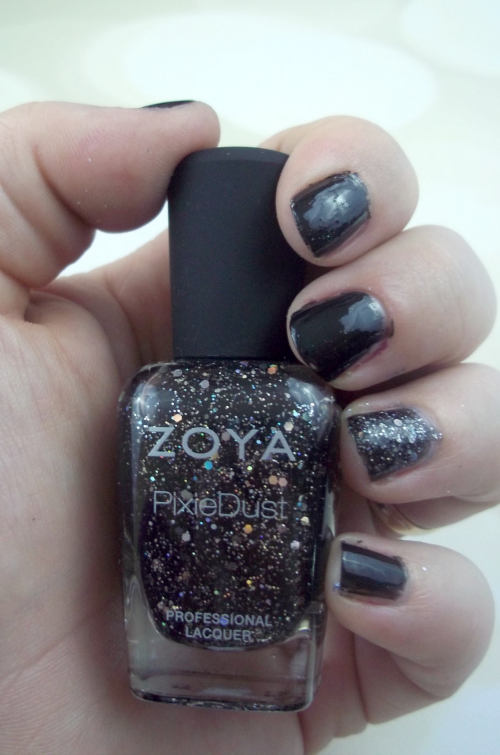 Imogen is the black Pixie Dust polish with multi-colored glitter in the Zoya Wishes collection. Imogen is pretty opaque with one coat and barely even needs a second coat to achieve what the other two Pixie Dust’s get with two coats. The issue that I had with Imogen was that with two coats it covered up how colorful the glitter is.

So there you have swatches and reviews of the Zoya Wishes collection. Which was your favorite shade?