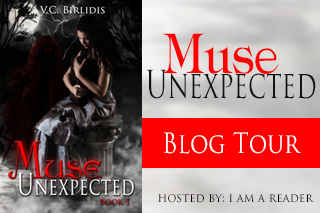 V.C. Birlidis was born and raised in Miami, Florida and has always been involved in the arts. He attended the New World School of the Arts and was a member of The Miami Ballet.

Mr. Birlidis moved to Ohio to attend college where he earned his Bachelor’s degree in marketing and communications from Capital University. He currently is the Director of Marketing at one of the top midwest advertising agencies, SBC Advertising. He has freelanced as a writer for Outlook News and Tickled Pink Magazine, where he wrote a comical advice column named Ask V.

Five years in the making and inspired by the numerous Greek myths his father would utilize as demented bed time stories, Muse, Unexpected is Mr. Birlidis’ first novel. It is the first book in his Muse series. Mr. Biridis can be found on his website, Twitter, and Facebook. 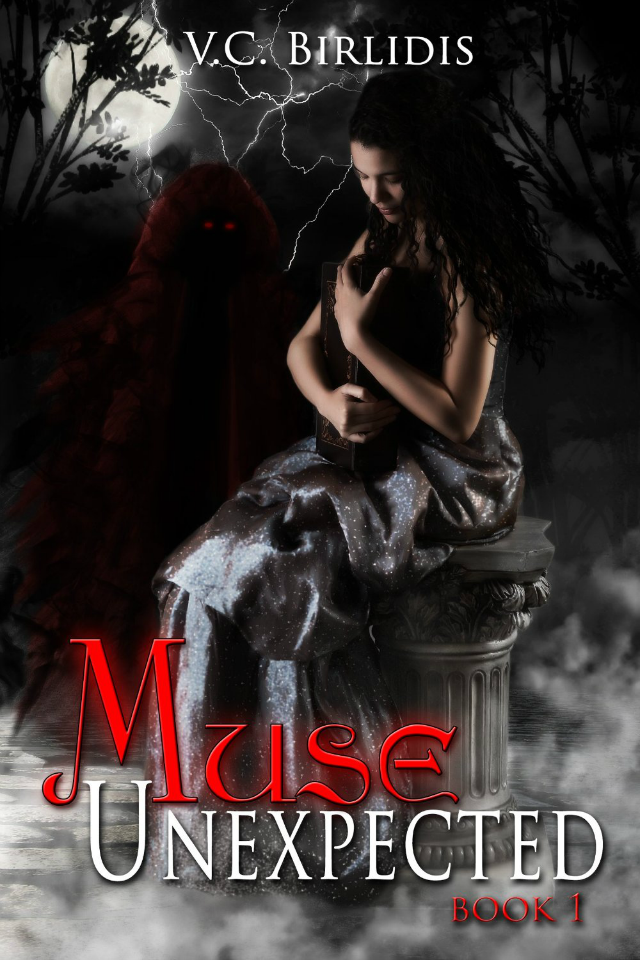 “‘We’re muses. Not vampires, not fairies, not werewolves. We’re Muses.’ Sophie was sure her mother had reached an epic level of crazy. ‘We’re Muses?’ She thought Muses were lame, not to mention she found the idea ridiculous. However, Sophie couldn’t explain away her physical transformation that made Anne Hathaway in The Princess Diaries look like a bad Wal-Mart make-over, not to mention why her mood swings triggered an uncontrollable ability to shoot powerful bursts of energy out of her hands.

Sophie soon realizes modern day Muses have evolved into powerful guardians of humankind, tasked with keeping mortals on the right path and the original Olympians locked away from the world. But old hatred don’t die easily, especially for immortal enemies that have an eternity to plot and gather their forces. Well aware of the Fates’ foretelling of another Olympian war, and a young Muse that would rise up as a warrior and defeat them, the Olympians have vowed to possess Sophie or destroy her. Either way, they will make sure everyone associated with their imprisonment will reap an eternal damnation in the Underworld, leaving the Olympians to restore Mount Olympus and force humankind into a future of never-ending servitude and misery.”

When I originally received this book I thought it was going to be your typical teenage angsty supernatural book. Something along the lines of Twilight but without as much “Love Triangle”. Even though it says in the description that they’re not vampires nor werewolves, I thought for sure “Yeah well it’ll still be a typical teenager book.” It was far from it! I was thoroughly surprised, but pleasantly, by how far off I was in my first impression. While Muse Unexpected does foray into the supernatural world of Greek Gods and Muses it doesn’t go so far into the world that it looses it’s footing in the “real world”. Muse Unexpected is the first book in a series and while for a lot of authors this means that the book feels like it has a hole as it readies you for the next book in the line, this book did not do that. There were some parts that were obviously left hanging so as to be wrapped up further down the line, most of the book could be read with just this one book. I thoroughly enjoyed most of the book, however, there were a few parts that for me personally just didn’t flow as nicely as I would have liked.