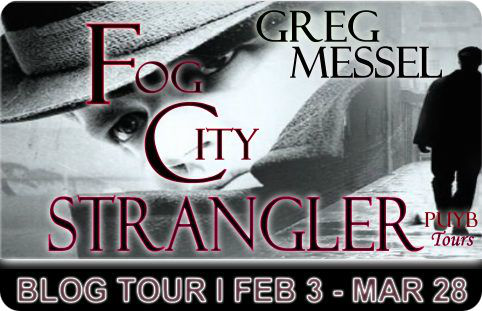 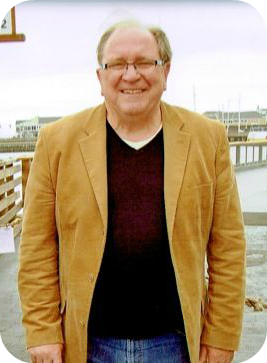 Greg Messel grew up in the San Francisco Bay Area and now lives in Edmonds, Washington on the Puget Sound with is wife, Carol. Fog City Strangler is his seventh novel and is the fourth in a new series of Same Slater mystery novels. Greg has lived in Oregon, Washington, California, Wyoming and Utah and has always loved writing, including stints as a reporter, columnist and news editor for a daily newspaper. 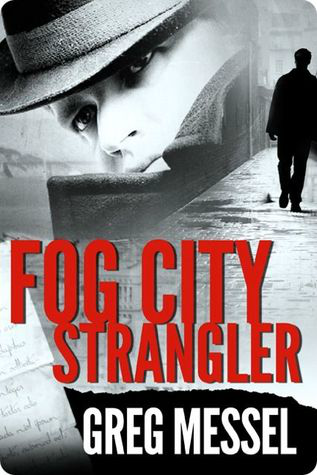 “As 1958 nears an end San Francisco is being terrorized by a man who calls himself the “Fog City Strangler,” who preys on pretty young blonde women. The strangler announces each murder by sending a note and piece of the victim’s clothing to the local newspapers.

Angst mounts as the strangler continues to claim more victims. Private eye Sam Slater is worried that the Fog City Strangler may be eyeing his beautiful blonde wife, TWA stewardess Amelia Ryan. His anxiety is further fueled when TWA launches an advertising campaign with Amelia’s picture on a series of billboards plastered all over the city. Sam fears the billboards may attract too much attention — the wrong kind of attention.

Meanwhile, Sam and Amelia are hired to try to find the  missing daughter of a wealthy dowager who fears she has lost her only child. The missing woman went for a walk with her dog on Stinson Beach, near San Francisco, and seemingly vanished into thin air. The woman’s husband arrived at their beach house and found the dog running loose but there was no trace of his wife. The police are stumped in their investigation.

As Sam and Amelia look into the disappearance of the woman on the beach they discover that nothing is as it seems at first glance. On a stormy night a shadowy figure sets fire to the beach house where the couple is staying–hoping to stop their investigation.”

Before I start my review of this book I should mention that this book is part of a series featuring the two main characters, Sam and Amelia. However, while this book is part of a series it could also be a stand alone novel. There are a few things that are mentioned about Sam and Amelia’s early relationship that readers of the series will nod their heads at, but it doesn’t leave new readers feeling lost and behind. With that out there let’s jump into the review.

I finished this book in one day, that’s how great this book was! The story had a nice flow to it and while Sam and Amelia windup working three cases it never feels like to much or gets confusing. The story starts with the Fog City Strangler terrorizing San Francisco’s blonde women. Several of Sam Slater’s friends remind him that he needs to keep his wife safe, a thought that he has had plenty of times. However, her job, a stewardess with TWA, doesn’t make it an easy task for him when they start putting billboards up all over San Francisco of his wife, who is of course a blonde. Meanwhile, Sam takes on the case of Regina Mitchell whose daughter has gone missing. Regina’s daughter, Jennifer, went to their beach house to await the arrival of her husband on Labor Day Weekend. When he arrived that Monday there were dishes on the counter, the door was unlocked, and the dog was wondering around on the beach but Jennifer was nowhere to be found. The police search for two months with no clues so Regina seeks out Sam and Amelia to help her get some answers.

Both cases take some serious twists and turns but they never leave the reader behind. Also, the twists and turns all seem plausible and aren’t just there for shock value or filler. The way that all of these cases are wrapped up will leave the reader in shock and wanting more of the Sam and Amelia duo. I did have two complaints about the story the first being that there were a few typos that did affect the way the sentence flowed (if instead of of). The second complaint is that each chapter has a header that includes the title of the chapter and the date the chapter takes place on. There are a couple of places where the date is actually wrong based on the timeline of the story (this is more of a nitpicky complaint in all honesty. Again I really enjoyed this book, actually I enjoyed it so much that I can’t wait for the Fall 2014 release of the next Sam Slater Mystery so I’ll be checking out the other Sam Slater novels; Last of the Seals, Deadly Plunge, San Francisco Secrets.