Oh wow, I just realized that this is my FIRST beauty tutorial. Please excuse any nerves that I may have. 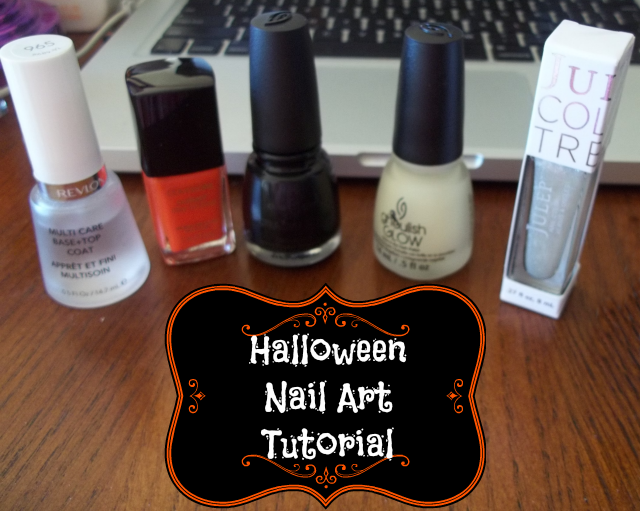 For this Halloween nail art tutorial I’m planning on using a base coat, an orange polish, a black crackle polish, and a glow in the dark polish as a top coat. 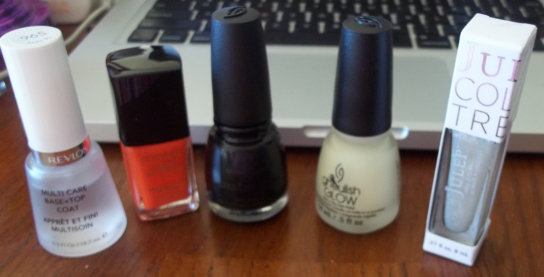 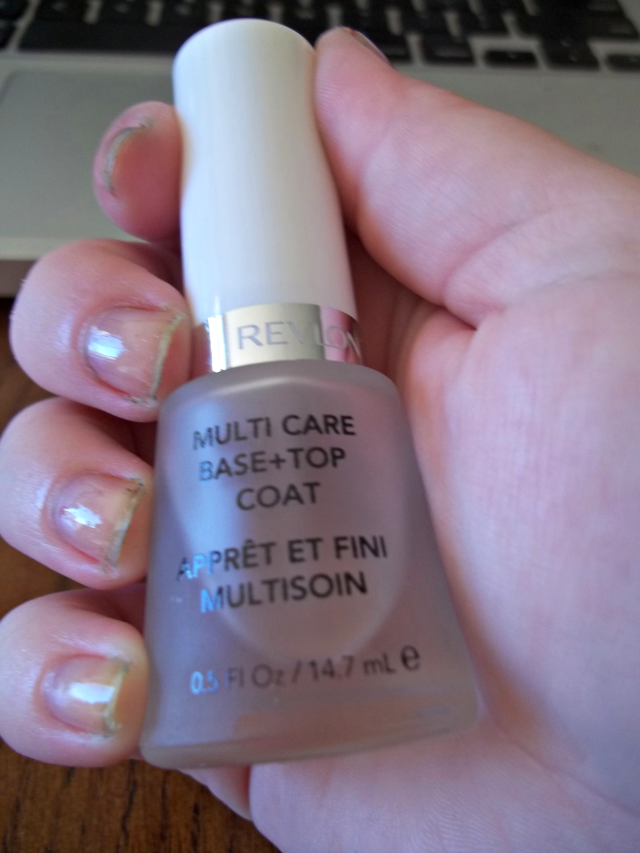 The first step is to apply a good base coat before applying your polish. Some polishes can stain the nails especially brighter colors like yellows and orange. For my base coat I like to use Revlon’s Multi-Care Top and Base Coat. I’ve never had a problem with my nails staining when I use this, plus it has the benefit that if I’m feeling lazy it can also be used as a top coat. 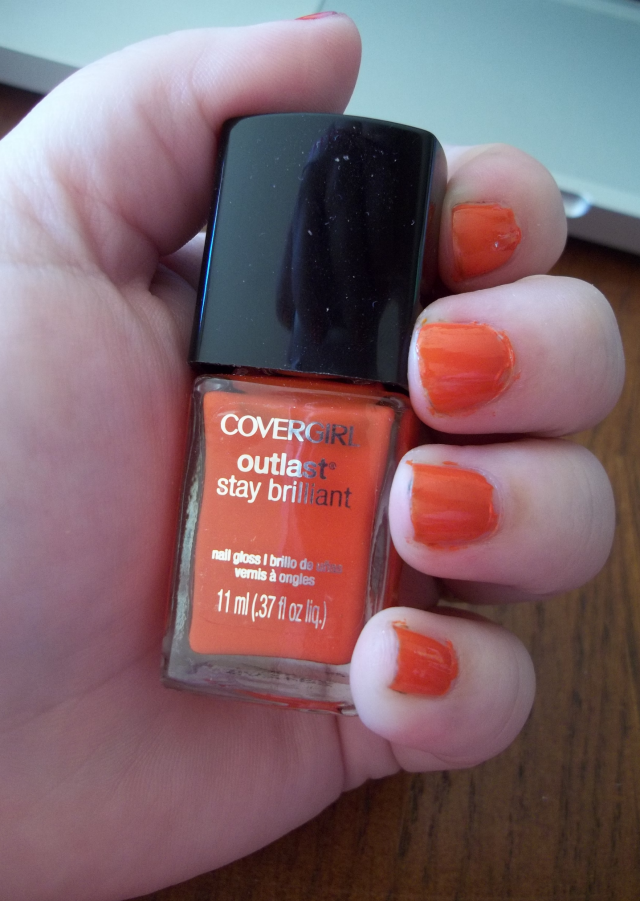 After applying your base coat and letting it dry you’re going to want to find a good orange polish. Now how you choose to go with this is entirely up to you. Ultimately I wound up going with CoverGirl’s Go Go Mango because, to me, it’s more of a pumpkin orange and has no shimmer to it. If you only have a lighter orange, or a darker orange, or even an orange that has some shimmer to it feel free to use it. 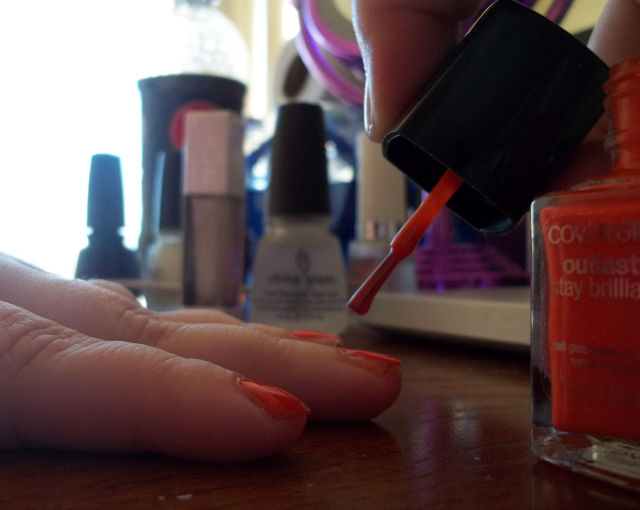 The main reason that I chose the CoverGirl Go Go Mango polish was because it is super opaque in just one coat and comes off very glossy. This polish would look great with black tips making a more modern Halloween French Manicure, or you could just stop here with the orange polish. However, I think you’ll love what I have planned so lets keep going shall we? 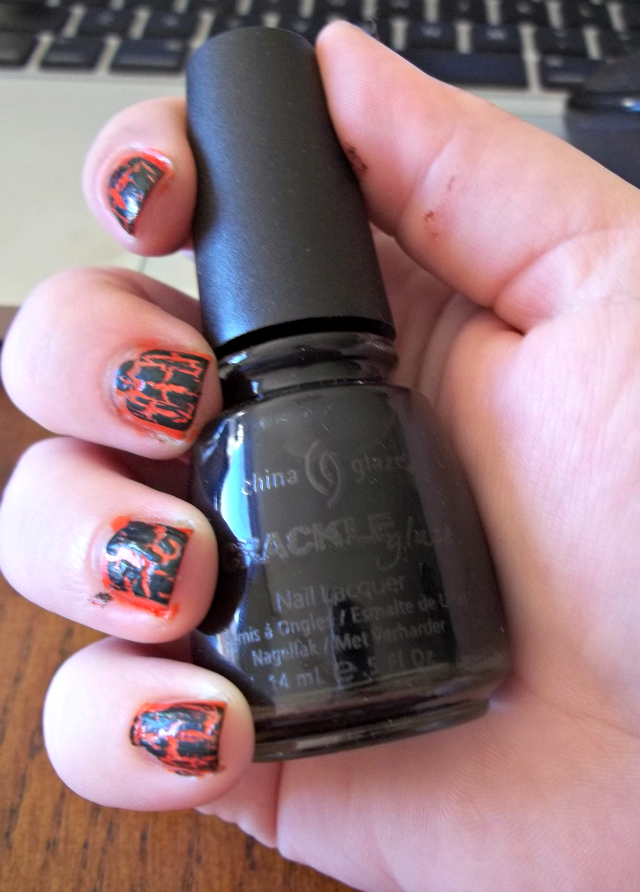 After letting the orange polish dry, and it needs to be completely dry or else the crackle polish will not work correctly, apply one coat of black crackle polish. Again you can use any black crackle polish but I chose to go with China Glaze’s Black Mesh because it was just a plain black polish with no shimmer or gimmicks to it. What I love about crackle polish is that as it dries you get very random looking crack designs which adds a bit of rebellion to the look, which is great for Halloween. 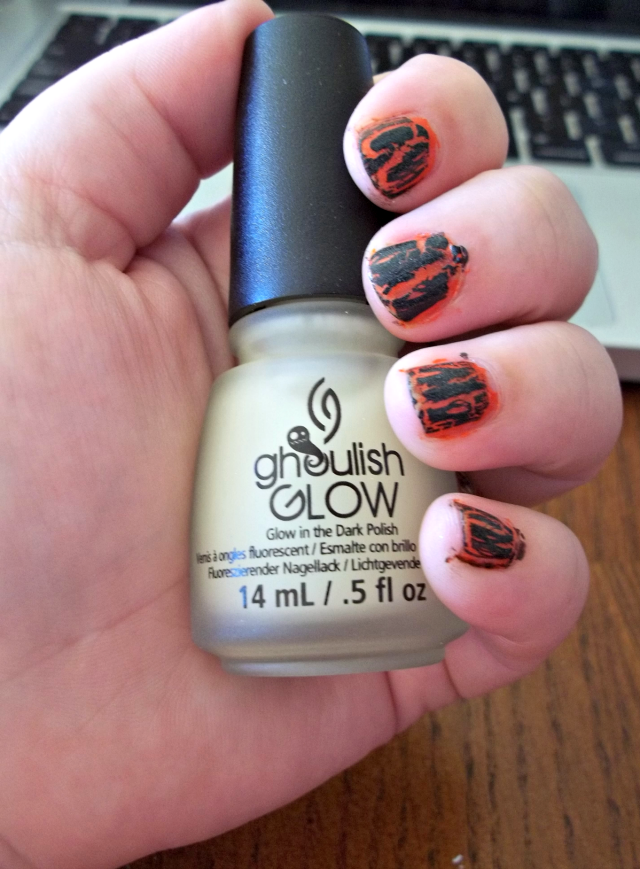 I wanted to test out two different glow-in-the-dark top coat polishes for this tutorial. The first one is China Glaze’s Ghoulish Glow and it applies a very sheer coating of polish, only really adding a bit of haze to the nails. 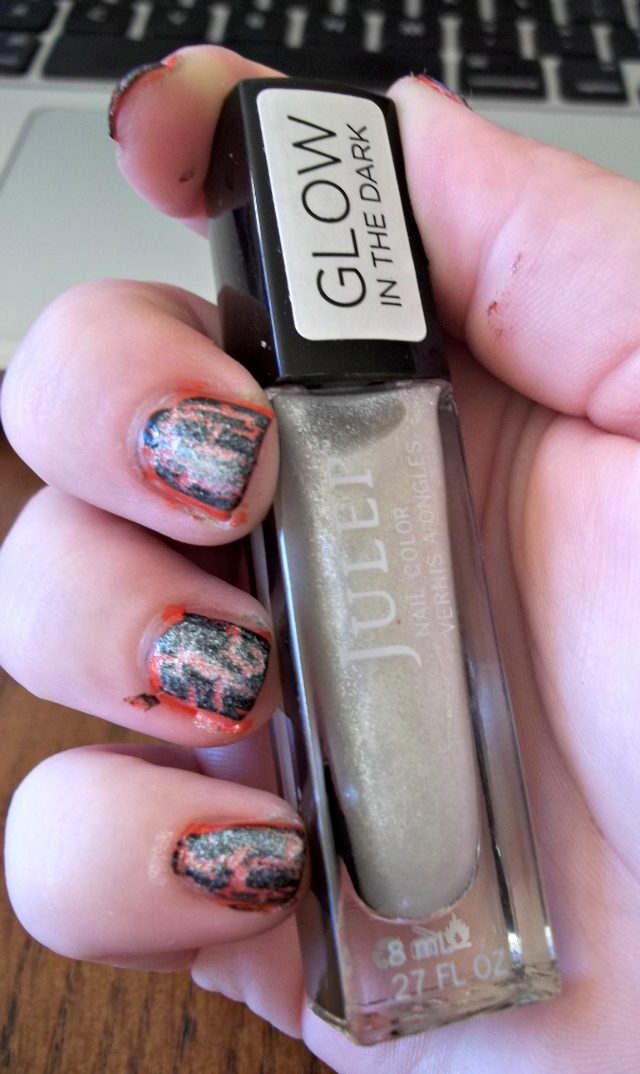 The second glow-in-the-dark polish that I was testing for this tutorial is Julep’s Casper. As you can see, unlike the China Glaze polish Casper adds a very glittery topping on top of the nails. While this was very pretty and probably would be pretty by itself with a few coats I, personally, did not like the look of it for the tutorial. For the sake of function in this tutorial Casper also performed far under what the China Glaze polish did. 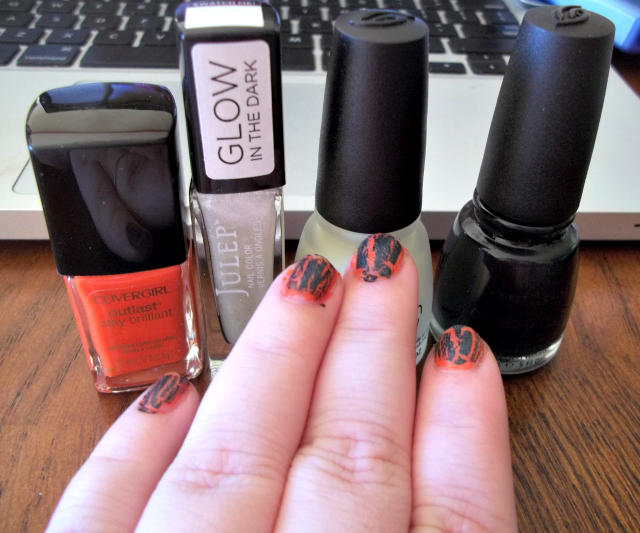 I hope you enjoyed this tutorial and like the look of the finished project. I felt it was very Halloweenish and I actually have kept it on for almost a week, which is a record for me I think. One thing to note for this project is that to activate the glow-in-the-dark polishes you need to make sure that they set in light for awhile before using. A well lit room or in front of a window will work nicely for a few hours.

Also don’t forge to shop this post, if you liked the look of any of the polishes that I used in this tutorial make sure to head to their corresponding sites to pick them up. One thing to note is that as it is title “Ghoulish Glow” the China Glaze Glow-in-the-Dark polish will probably not be available for a long period of time. If you are interested in purchasing it you might want to snatch it up quickly.