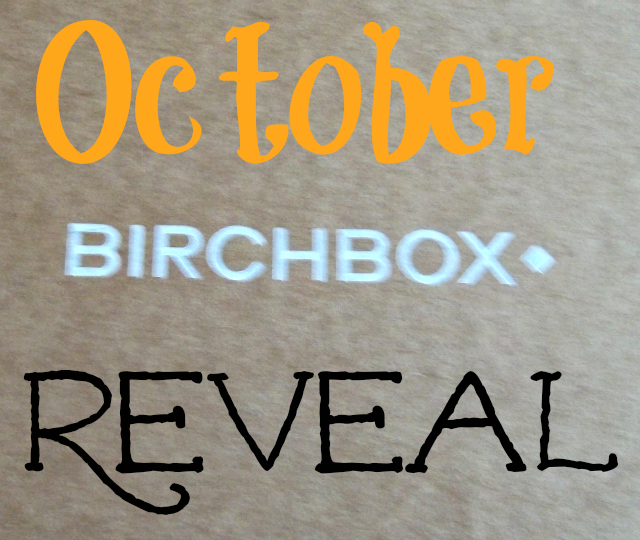 So I decided to resubscribe to Birchbox. I couldn’t help it! They sucked me back in with a video featuring Benefit’s Fake Me Up concealer, I’m LUH-LUH-LOVING Benefit right now, and other great products. Back to the site I went to resubscribe after being gone for almost a year. And boy was I not disappointed!

Aren’t you just loving the lipstick in that video? If you’re interested in knowing what that shade was make sure to click over to watch the video on YouTube’s actual site and in the drop down box below the video will be a list of all the products I’m wearing (well those that I can remember!)

Birchbox is a sample program where for $10/month you get four-five beauty or lifestyle samples. 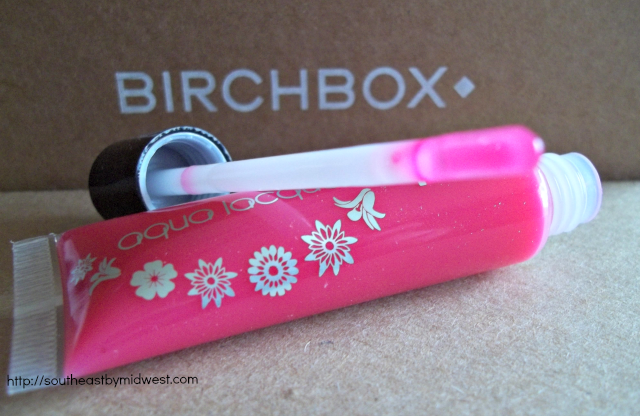 The first sample that was included in my Birchbox was the Pop Beauty Aqua Lacquer in Flowering Fuchsia. While I love the color of this lip gloss I’m just not in love with that applicator. In my opinion it kept picking the product back up instead of applying the product. 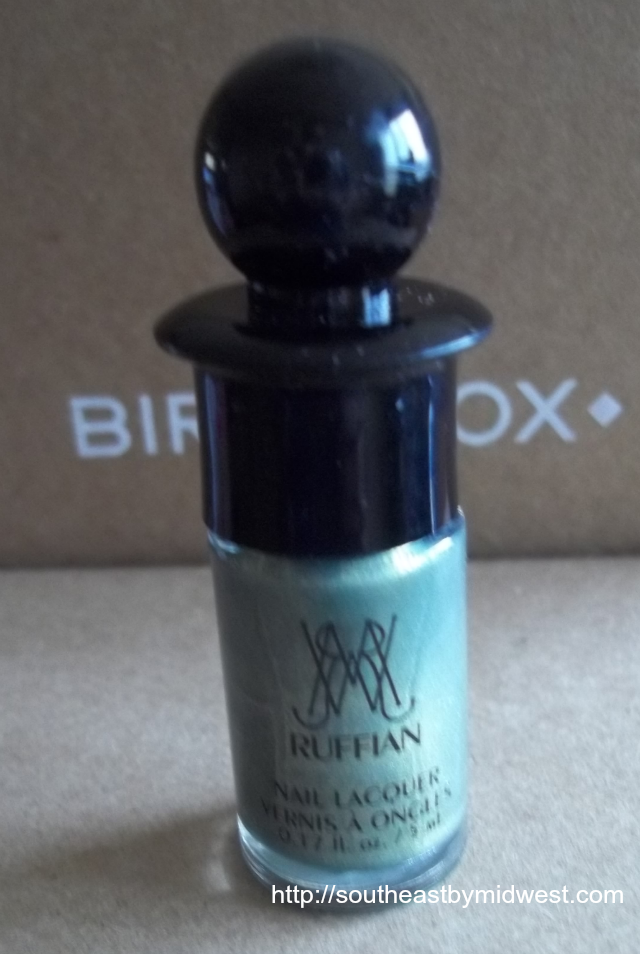 As a girl who loves nail polish I was excited to see a nail polish that wasn’t super tiny in the box. On top of that Ruffian sports an odd looking cap that actually makes applying the polish a bit easier. The shade I received was Hedge Fund, which is a shade exclusive to Birchbox. 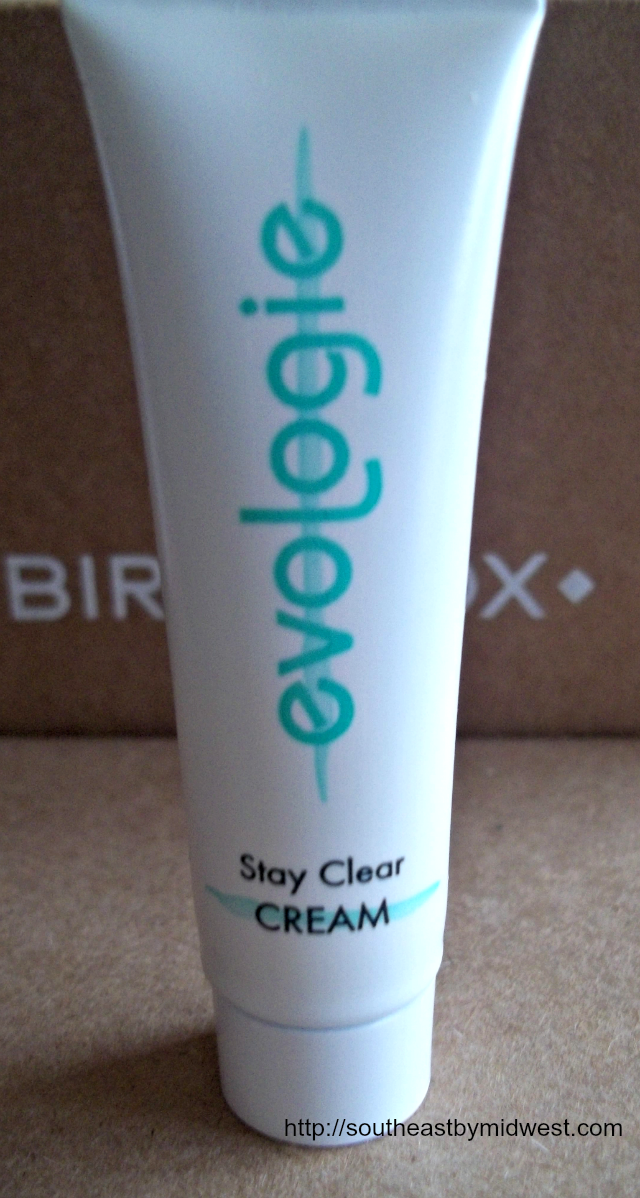 Next on the list is Evologie’s Stay Clear Cream, which is supposed to be used twice daily as a moisturizer. I haven’t really formed an opinion on this product as I’ve yet to test it out yet. 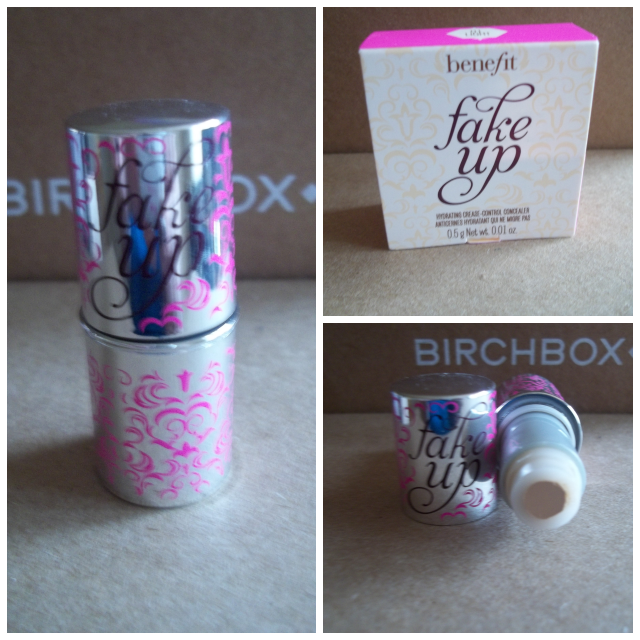 And saving the best for last is Benefit’s Fakeup Concealer. I was SO SO SO excited that I received this product in my box. I just knew with the horrible luck that I have that I wasn’t going to get but when I opened the box there it was. Seriously I about danced a jig around the dining room when I saw it. I’m pretty sure that my husband thinks I’m crazy.

*sigh* this product, I just don’t know what to do with it. Well, I mean I know what to physically do with it. But it’s CHAPSTICK for goodness sake. I can buy that LITERALLY anywhere and everywhere. Now I wouldn’t have a complaint about this normally as Ipsy did include a Wet ‘n Wild palette in it’s bag this month (don’t ask…just don’t).  BUT Birchbox specifically stated in their monthly teaser video that The Find would NOT replace any of your products this month, it would strictly be in addition to what you normally receive. Now I got four products this month which is their minimum that they include but there were a few people that only three items in their box (Birchbox tried to squeeze in a technicality on this one in the fact that those people got a face was set which was a cleanser and a washrag but I mean really is that the argument you want to make? Yeah those boxes got a ChapStick and a washrag?…) Like I said though I’m on the fence about this because we can’t say what was actually in Birchbox’s plans for how many products people would get and my box did have the minimum 4 samples.

After all the awesome items that were in my October box, I can’t WAIT to see what’s in store for my November box.